Developers fight over the right to be nasty to each other 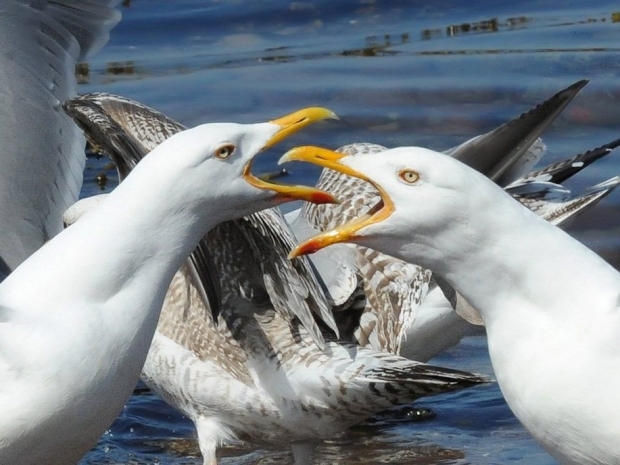 Will never agree to be nice and polite

A developer publicly quit a large and popular open source project after he refused to agree to be nice to his fellow developers and was hacked off that an intern programme was only open to LGBTQ, African Americans, Hispanic and Native Americans.

The LLVM Compiler Infrastructure Project he was involved with came up with a code of conduct where they would not be rude to each other. That code of conduct basically says that the group is open to people of all walks of life and expects its members to be courteous.

If you did not sign the code of conduct you could not go to the group's big conference.  Rafael Avila de Espindola had some status in the group having been there for more than a decade, but he refused to sign.

Espindola said he was unhappy that the project had decided to accept an intern from a group called Outreachy. Outreachy offers paid internships to women, folks in the LGBTQ community, and those who are African-American, Hispanic/Latin, or from of any of the indigenous American ancestries.

In other words, these internships are only for people in underrepresented gender and racial groups in the programming/open-source worlds and are not open to white men or Asians/South Asians. White men and Asian men are the two groups that are best represented in tech, according to diversity reports.

He clamed that the social injustice movement has permeated the project.

"When I joined no one asked or cared about my religion or political view. We all seemed committed to just writing a good compiler framework. Somewhat recently a code of conduct was adopted. It says that the community tries to welcome people of all 'political belief'".

However he said that his political belief means that he does not agree with the code of conduct. Since agreement is required to take part in the conferences, he was no longer able to attend.

"The last drop was associating itself with an organization that openly discriminates based on sex and ancestry ... This goes directly against my ethical views and I think I must leave the project to not be associated with this."

Ironically, although LLVM hoped to get an intern from Outreachy, it didn't actually hire one. It has only talked to the intern-placement group so far, and hopes to hire one in the future,

Chris Lattner who is involved in the conference  tweeted: "I am definitely sad to lose Rafael from the LLVM project, but it is critical to the long term health of the project that we preserve an inclusive community. I applaud Rafael for standing by his personal principles, this must have been a hard decision."

According to Yahoo news all this has ignited a storm on various news groups from two extremes who don't know anyone involved.  The two sides are those who believe CCoCs is a conspiracy by those terrible liberals who are forcing their views down the throats of self-respecting white males with the social views of neanderthals and those who think that Espindola is being a bigot.

"These CoCs are not used to enforce civil behavior, they['re] used to weed out people who don't align with 'social justice' and 'intersection feminist' views", ranted one person on Reddit.

CCoCs are increasingly being adopted by large, open source communities and their conferences, basically because the open source world has a horrible reputation for its aggressive, rude, intimidating behaviour.

For what it is worth Lattner waded in on the side of Espindola saying the whole thing was ridiculous.

"Rafael is a good and principled person who has a different philosophy on how to achieve equality and fairness. As far as I know, he is not advocating for bigotry or anything else that would lead someone to harm.""

Last modified on 07 May 2018
Rate this item
(0 votes)
Tagged under
More in this category: « Tech conferences move away from the US Chinese spooks behind a decade of important hacks »
back to top