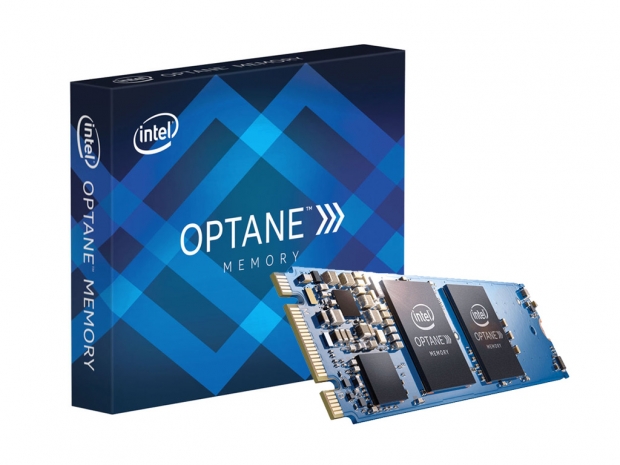 Could cause confusion among customers

It appears that both Dell and HP have been caught advertising Intel's Optane SSD as "memory", or rather precisely, together with RAM, despite the fact that Optane SSDs clearly belong with storage as an addition to the HDD.

We have previously seen Dell's listing which puts 8GB of DDR4 RAM and 16GB of Optane Memory in a single 24GB "memory" back when PCPerspective.com spotted it on the Dell G3 15-inch gaming notebook, but now it appears that we might see more of such systems as HP has been caught advertising a similar thing on its 15.6-inch notebook.

The latest listings were spotted by Extremetech.com, showing both HP and Dell listing notebooks with "24GB memory", or 8GB of RAM and 16GB of Intel Optane Memory. While HP's listing is clear and Dell's is a bit more murky, as it only states 24GB of memory, it is plainly misleading as Intel Optane memory, at least the one that HP and Dell are using, has nothing to do with system memory, but rather improves read/write performance of the HDD, by adding 16-32GB cache.

Intel's Optane DC persistent memory, which is closer to DRAM, is currently only shipping to Intel partners for testing and won't be coming to consumers anytime soon.

Extremetech.com also notes that Intel has changed the FAQ portion on its Optane Memory website which talks about difference between Intel Optane Memory and DRAM, from one that clearly states that Optane Memory SSD cache has nothing to do with RAM, to the one that says: "Intel Optane memory is called memory because it uses a new memory media to store information closer to the processor. It’s similar to the function of dynamic random access memory (DRAM)."

In any case, both Dell and HP should definitely update their specification details and listing for these notebooks as it is simply wrong, can be considered as false advertising, and will cause a lot of confusion to an average consumer, especially when it becomes obvious that those 16GB of Intel Optane has nothing to do with system memory.

Last modified on 18 June 2018
Rate this item
(0 votes)
Tagged under
More in this category: « Humans getting more stupid US Senate votes to ban ZTE »
back to top