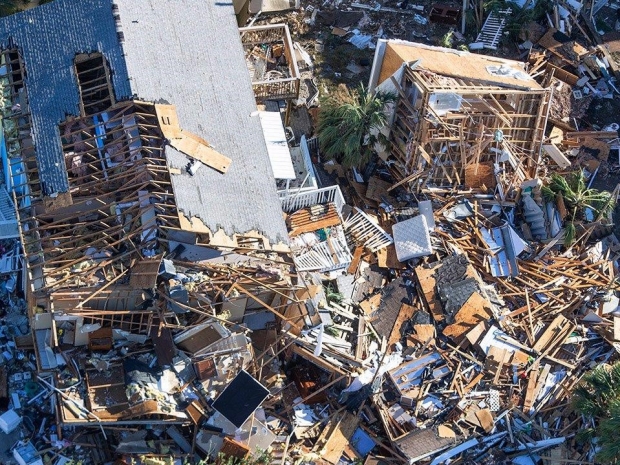 After Hurricane Michael hit Florida the telcos were not required by law to quickly restore the phone service – so they didn’t.

However the phone companies were allowed to do things at their “own pace” because the FCC removed any requirement to take any action at all.

The person who pushed through this de-regulation was FCC Chairman Ajit Pai.

Pai repealed those rules, claiming that they prevented carriers from upgrading old copper networks to fibre. Pai's repeal order made zero mentions of Fire Island and refers to Verizon's response to Hurricane Sandy only once, in a footnote.

In November 2017, the FCC eliminated a requirement that telcos turning off copper networks must provide Americans with service at least as good as those old copper networks.

In June 2018, Chairman Pai further deregulated telephone providers to make it easier to drop service after a natural disaster.

Telecom attorney and consumer advocate Harold Feld said: "The situation in Florida shows what happens when regulators abandon their responsibilities to protect the public based on unenforceable promises from companies eager to cut costs for maintenance and emergency preparedness.