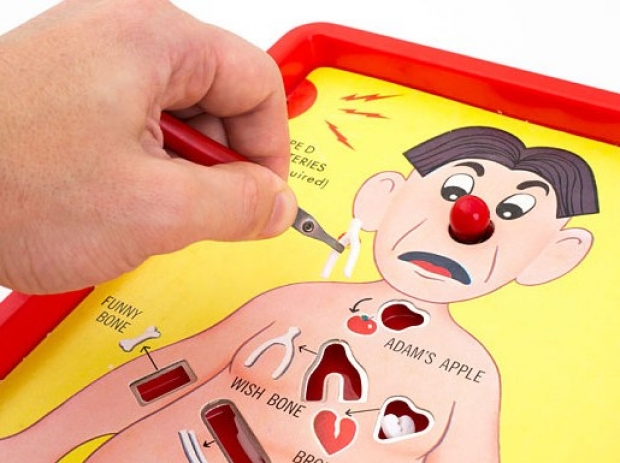 Too much time in front of screens

A professor of surgery says students have spent so much time in front of screens they have lost the dexterity for stitching or sewing up patients.

Roger Kneebone [No really,ed] is a professor of surgical education at Imperial College, London and he is finding that the kids of today have so little experience of craft skills that they struggle with anything practical.

He said that it is an important and an increasingly urgent issue. Medical students might have high academic grades but cannot cut or sew.

"It is a concern of mine and my scientific colleagues that whereas in the past you could make the assumption that students would leave school able to do certain practical things - cutting things out, making things - that is no longer the case", says Kneebone.

Kneebone teaches surgery to medical students, says young people need to have a more rounded education, including creative and artistic subjects, where they learn to use their hands.

He has seen a decline in the manual dexterity of students over the past decade - which he says is a problem for surgeons, who need craftsmanship as well as academic knowledge.

"A lot of things are reduced to swiping on a two-dimensional flat screen", he says, which he argues takes away the experience of handling materials and developing physical skills.

Such skills might once have been gained at school or at home, whether in cutting textiles, measuring ingredients, repairing something that's broken, learning woodwork or holding an instrument.

Students have become "less competent and less confident" in using their hands, he says.

Last modified on 31 October 2018
Rate this item
(0 votes)
Tagged under
More in this category: « US military to monitor social media US charges Chinese spooks and hackers »
back to top