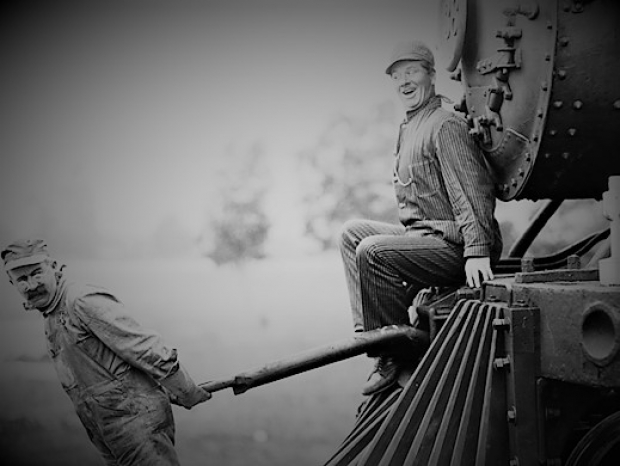 It looks like Apple has finally run out of steam

Shares in the Fruity cargo-cult Apple plumetted after it admitted that its sales in the Christmas period are expected to be pants.

The announcement is being seen as confirmation that users are starting to give up on Apple’s revolutionary "no new functions for more cash" business model. Shares are down about seven percent in after-hours trading and the company value dropped well below its trillion dollar value.

Of course, CEO Tim Cook blamed on “weakness in emerging markets and foreign exchange costs” rather than the fact that the outfit has not come up with any radically new tech for a while.

Those emerging markets are China and India which could not afford to buy expensive Apple gear. The Chinese have lower incomes and are too canny to fall for Apple’s marketing and Jobs’ Mob was never going to drop the price enough to be a starter in India.

Apple said it expects between $89 billion and $93 billion in revenue for its fiscal first quarter ending in December, with a midpoint of $91 billion coming in below Wall Street expectations of $93 billion.

Cook in an interview with Reuters said that Apple is “seeing some macroeconomic weakness in some of the emerging markets.” He later told investors on a conference call that weak markets included Brazil, India, Russia and Turkey. Sales were flat in the fourth quarter in India, Cook said.

“Obviously, we would like to see that be a huge growth,” Cook said on the call.

To make sure that people can no longer chart the death of Apple’s iPhone cash cow, Apple is going to keep its numbers secret. Apple said they also would quit giving the number of iPads and Mac computers.

This means that no-one will know how well Apple is really doing and enable the Tame Apple Press to prop up the illusion that is still doing well based on profits and mark-up.

Apple executives said sales figures did not matter because customers buy bundled products that include subscription services like Apple Music.

Apple said it would start giving cost-of-sales data for its services business, an important metric for subscription businesses.

Investors saw that for the spin that it is and reacted rather badly.

Analyst Walter Piecyk from BTIG Research said that it was typical for companies whose figures are about to go tits up to stop reporting metrics. This is a bad sign for Apple’s future.

For the quarter ended in September, Apple brought in $62.9 billion in revenue, beating expectations of $61.5 billion respectively.

Apple said it sold 46.9 million iPhones in the fiscal fourth quarter, missing analyst expectations of 47.5 million. The average selling price of iPhones was $793, well above analyst estimates of $750.78.

George Salmon, an analyst at Hargreaves Lansdown said that Apple was charging close to $800 per phone, and while that’s helping revenues climb despite flat sales volumes it cannot last.

“One has to wonder how the strategy to shimmy up the price ladder fares in a downturn. If consumers start feeling the pinch, those price tags could put the punters off,” he told Reuters.

Strangely Cook said was unsure whether it can make enough new iPhones, Apple Watches, iPads and Mac models it released in recent weeks.

Part of the issue was Apple’s face recognition unlocking system in iPhones and iPads, which no one really wanted uses lasers that are produced by only a handful of suppliers.

All this is happening before China trade issues start to significantly bite making it even more difficult for Apple to get the supplies it needs.

Apple’s cautious forecast could accelerate investor fears that have in turn erased stock market gains for much of the year. At market close on Thursday, Apple shares had been up more than 25 percent for the year - supported by purchases by Warren Buffett and a $100 billion share buy-back program - while the Nasdaq Composite Index is nearly flat for the year.

Last modified on 02 November 2018
Rate this item
(0 votes)
More in this category: « Icahn sues Dell Red Hat killing off KDE »
back to top