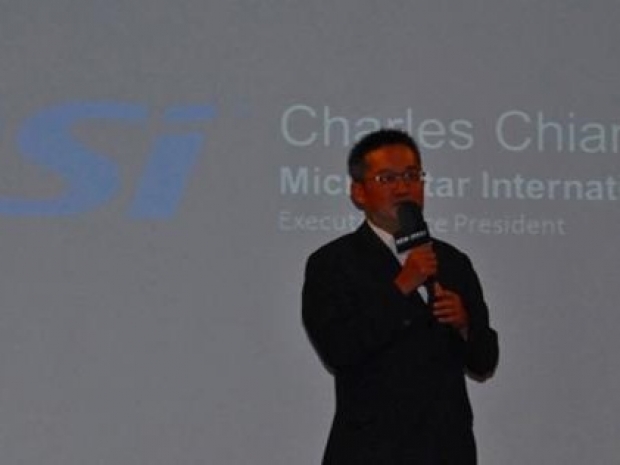 MSI CEO Charles Chiang split the beans on how Intel snatched defeat from the jaws of victory by failing to have enough chips on the market last year.

Chiang said he was able to get enough processors for all of his laptop and desktop systems. But the problem was that Intel prioritided fulfilling orders for data centre chips and then laptop processors, with desktop CPUs in last place.

"We focus in on the high-end products and we get the priority of the CPU supply. Intel tells everybody they have a priority to supply high-end chips. They say: 'Let's start at data centre first, mobile second, desktop last. And then they got the higher i9, i7 processor H processor, then it's U and then it's desktop."

Intel has since confirmed that it prioritises high end chips over budget models, but it did not confirm or deny that desktop CPUs are on a lower rung than laptop CPUs.

The scarcity of low-cost Intel CPUs has had a negative effect on the company’s motherboard sales, Chiang told us. As consumers have been unable to buy Pentiums, Celerons or even Core series processors for new builds, they've stayed away from the motherboards they'd need to power these chips.

"If this CPU shortage issue hurt MSI, I have to say that, on the motherboard side, we got hurt badly", Chiang said.

He noted that Intel's chipset problems, which forced the chipmaker to roll back to an older 22nm process for low-cost motherboards, caused confusion with partners.

"For the motherboards, it's really critical last year", he said. "They have a problem with 14nm. So Intel moves back to the 22nm and kept changing their roadmap. We don't have any kind of clear picture about their supply."

Chiang said that Intel's worst supply problems were behind it as team blue ramps up production capacity for 14nm chips. However, he anticipates that shortages will continue until the last quarter of 2019.

Intel's supply gave AMD an early Christmas bonus and he sold a lot more AMD motherboards as a result.

"Everybody knows that Ryzen CPU on the channel, on Etail, everything, they have a lot of market share increase because of the Intel shortage", he said.

"We have a big portion of the AMD motherboard, which makes Intel kind of upset. But I say 'hey guys, once you solve the supply issue, let's figure out how we can get back your share.'"

Chiang said MSI's Prestige line could take market share away from Apple which has been ignoring its creative professionals like video and photo editors.

He said that the company's upcoming, 15-inch Prestige Ps63 will combine up to an 8th Gen Core i7 CPU with Nvidia GTX 1050 Max-Q graphics while weighing just 3.5 pounds (1.6 kg) and promising 16 hours of battery life.

It will have Creator Centre, a more professionally-focused sibling to the company's powerful Dragon Center control software.

Chiang believes that his Prestige line has a chance to steal away some Apple fans who have been disenchanted with the company's recent computers.

"We wanted to build out the overall ecosystem for our Prestige products and, if we do, we can build the user experience well and we can turn Apple users maybe 1-2 percent to us," he said. For us, that's a big market already”, Chiang said.