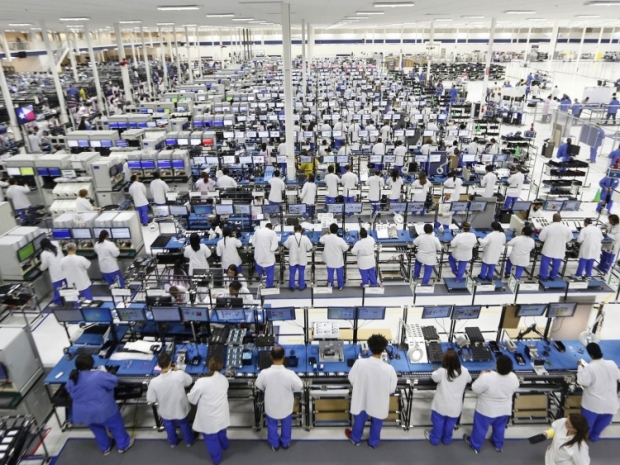 Word on the street is that Foxconn has found itself short of 50,000 people after it announced it was cutting staff.

It appeared that after it made announcements of mass layoffs, the staff decided to take matters into their own hands and left of their own accord.

At Foxconn’s campus in Zhengzhou in central China, thousands of temporary contract workers and some regular staffers left of their own accord due to the lack of weekend work trimmed overtime opportunities and reduced or cancelled peak-season bonuses.

Taiwan’s Foxconn, assembler of Apple’s iPhones, said it was trying to recruit for over  50,000 positions across its China campuses for the January-March quarter.

The Tame Apple Press appear to think that this is proof that Apple’s cutbacks were fake news and that everything is super-cool in Foxconn land.

Last week, the Nikkei reported that Foxconn had let go around 50,000 contract workers in China since October, months earlier than usual.

Now it seems that efforts are in progress to recruit for more than 50,000 positions across Foxconn’s China campuses in Q1 2019.

Last modified on 23 January 2019
Rate this item
(0 votes)
Tagged under
More in this category: « Popular free mobile VPNs could be a Chinese spying scam TomTom to sell Telematics unit to Bridgestone »
back to top