Trump investigates why the French are taxing US companies 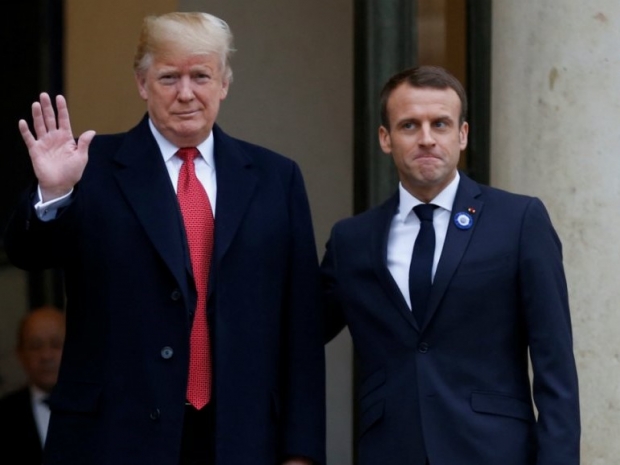 Fresh after getting a UK diplomat fired for secretly telling his bosses that the US president was unstable, Donald [Prince of Orange] Trump has decided to bully the French into allowing US tech companies to continue their tax-free antics in Europe.

For those who came in late, the French have dared to ask big US tech companies to pay a tiny three percent tax - corporation tax is around 18 percent.

This outraged Trump who thinks that big US tax operations should be tax-free  plans to bully France into abandoning the plan.

This involves a probe that could lead to the United States imposing new tariffs or other trade restrictions.

“The United States is very concerned that the digital services tax which is expected to pass the French Senate tomorrow unfairly targets American companies”, US Trade Representative Robert Lighthizer said in a statement announcing the investigation.

The move gives Lighthizer up to a year to investigate if France’s digital-tax plan would hurt US technology companies, which should take him about ten minutes to work out.

French Finance Minister Bruno Le Maire said in March that a three percent tax on the French revenue of large internet companies could yield 500 million euro a year which is nothing compared to the stonking profits those companies make in the EU.

USTR said services covered were ones where U.S. firms are global leaders. The structure of the proposed new tax, as well as statements by officials, suggest that France is unfairly targeting the tax at certain US-based technology companies.

Lighthizer said Trump: “has directed that we investigate the effects of this legislation and determine whether it is discriminatory or unreasonable and burdens or restricts United States commerce.”

Le Maire said the tax would target some 30 companies, mostly American but also Chinese, German, Spanish and British, as well as one French firm and several firms with French origins that have been bought by foreign companies.

The tax would affect companies with at least $844 million in annual revenues and apply to income from digital business, including online advertising.

However, Trump’s move is not being welcomed by the US technology industry lobby group ITI, which represents Apple, Amazon, Google, and other tech companies, urged the United States not to resort to tariffs in the dispute.  The last thing it wants is to get locked into one of Trump's trade wars, which will end up costing it more when the EU counters – or worse start clamping down on US companies' antitrust antics.

“We support the US government’s efforts to investigate these complex trade issues but urge it to pursue the 301 investigations in a spirit of international cooperation and without using tariffs as a remedy”, Jennifer McCloskey, ITI’s vice president of policy, said in a statement.

Last modified on 12 July 2019
Rate this item
(4 votes)
Tagged under
More in this category: « Libra goes retrograde with the US Federal Reserve Trump on the wrong side of Bitcoin history »
back to top