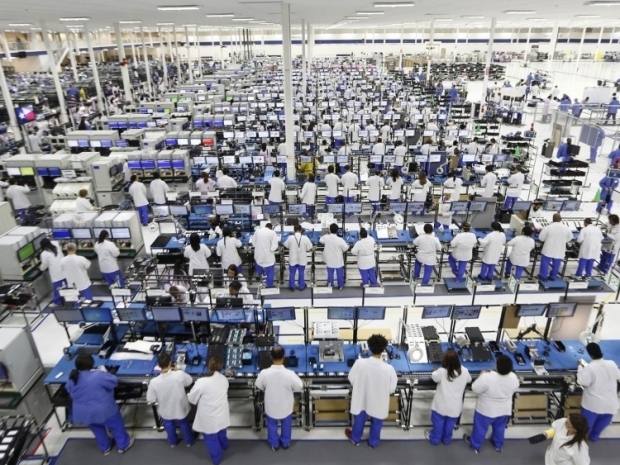 Foxconn is exploring the sale of its new flagship $8.8 billion display panel factory in China as demand for the product wanes amid the intensifying US-China trade war.

Foxconn is appointing banks to find a buyer for its LCD factory that is still being built in the southern Chinese city of Guangzhou.

Discussions are at an initial stage, and it has not yet produced a price tag for the Gen-10.5 facility specialising in large-screen LCDs.

US President Donald [Prince of Orange] Trump sharply raised the stakes in the bruising trade war with China and jolted global financial markets by vowing on Thursday to impose a 10 percent tariff on $300 billion of Chinese imports from September 1.

Trump’s actions have stuffed up technology global supply chains and forced Foxconn to review its own. At the same time, there is a slowing demand for large-screen televisions and monitors.

The new factory would not go into production until early October, which makes it less appealing for buyers because of the additional risks as compared to an already operating plant.

The Nikkei Daily reported earlier this year that the company would delay most of its planned production in Guangzhou for a minimum of six months, but Foxconn said the project was on schedule.

Last modified on 02 August 2019
Rate this item
(1 Vote)
Tagged under
More in this category: « Apple finally agrees to stop contractors listening to phone calls Saudi Arabia using Facebook to get regional influence »
back to top