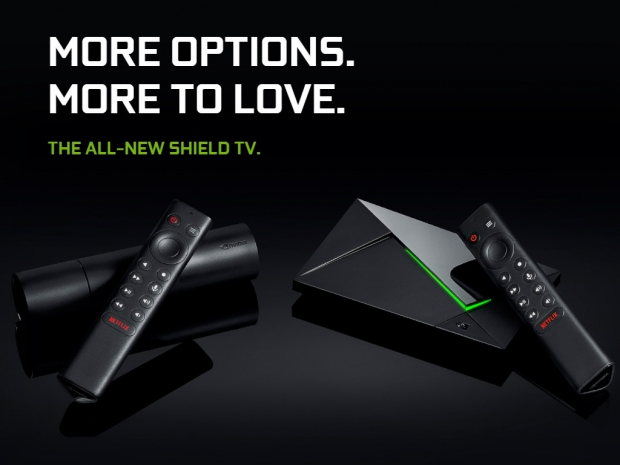 Shield TV and Shield TV Pro, both with Tegra X1+

As rumored earlier, Nvidia has rolled out two new Shield TV devices, upgrading them with the new Tegra X1+ SoC, giving them the new and redesigned remote controller as well as giving them AI-assisted upscaling, Dolby Vision and Dolby Atmos support.

The update Tegra X1+ SoC is pretty much a faster and more power-efficient version of the Tegra X1 SoC, and similar to the one used in the refreshed Nintendo Switch. While Nvidia was not keen to give out a lot of information, it is said to have up to 25 percent higher performance and packs a 256 core GPU. The GPU is paired up with 2GB of RAM on the Shield TV and 3GB of RAM on the Shield TV Pro.

While the Shield TV Pro looks a lot like the original Shield TV device, the Shield TV is completely redesigned as a cylindrical device that can easily be hidden out of sight. Of course, the redesign had an impact on the number of ports, so you get HDMI, Gigabit Ethernet, and microSD card slot, so you don't get a single USB 3.0 port.

It comes with 802.11ac 2x2 MIMO dual-band Wi-Fi and Bluetooth 5.0. It runs on Android TV 9 Pie OS, support for Google Assistant and Alexa, and has all that fancy AI-upscaling, which should significantly improve non-4K content, as well as Dolby Vision and Dolby Atmos support.

In order to probably keep the price down, Nvidia paired the Shield TV with 2GB of RAM and 8GB of internal storage. 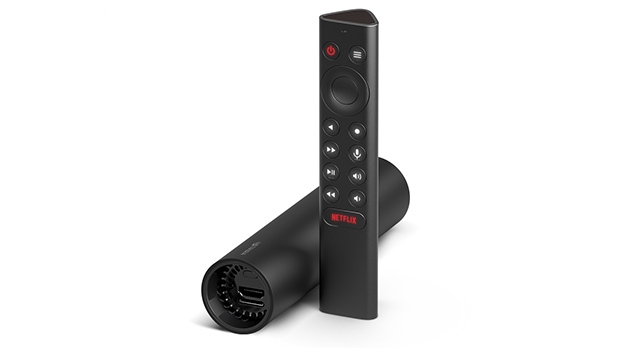 The Shield TV Pro looks pretty much like the 2017 Shield TV, which means you also get two USB 3.0 Type-A ports, in addition to all the usual connectivity seen on the cylindrical Shield TV.

Nvidia also beefed up the RAM to 3GB as well as added 16GB of internal storage. 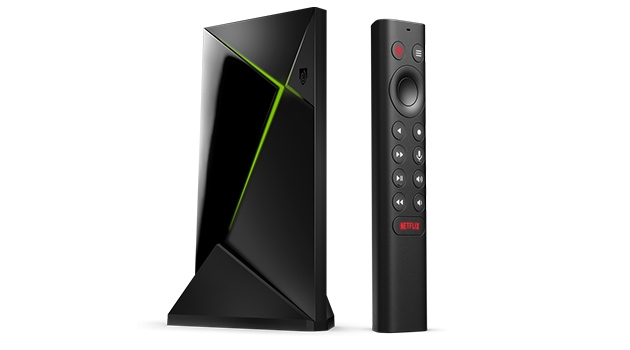 The whole new remote for both Shield TV devices

The biggest update, in addition to the Tegra X1+ SoC, is an entirely new remote. It is a motion-activated triangular remote with backlit buttons, user-customizable button, voice control, Bluetooth control, and even an IR blaster to control the TV. It also has a built-in lost-remote locator, which is one of the most praised features in our book.

It is not only about streaming but also about gaming

Nvidia was keen to note that while you get access to a lot of apps on Google Play Store, have built-in Google Assistant and support for Alexa, as well as all other upgrades, it also comes with support for Nvidia Geforce Now game streaming platform, allowing you to stream some of the most popular AAA game titles, which is a great thing, especially since it is in beta stage and free.

Nvidia has priced the new cylindrical Shield TV at $149.99, and the Shield TV Pro at $199.99. This might sound a bit steep and more expensive compared to some other media streamers, but considering all the features and the fact that it is much more than a simple media streamer, it just might justify a slightly higher price tag.

Both should be up for pre-order on Nvidia's site and it appears that the Shield TV Pro is already out of stock.

Last modified on 29 October 2019
Rate this item
(0 votes)
Tagged under
More in this category: « Russia denies pretending to be Iranian hackers Glofo and TSMC bury the hatchet »
back to top