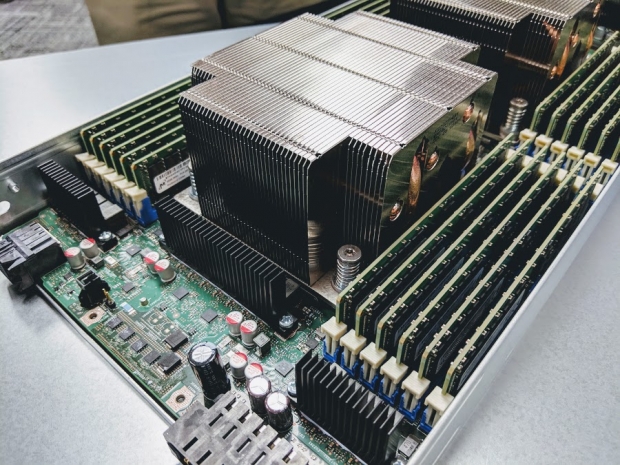 Tell me it isn't so

Chipzilla has been accused of fudging benchmarks to show the advantage of a dual Intel Xeon Platinum 9282 system versus the AMD EPYC 7742.

However, when Serve the Home checked the figures it found that some of the numbers seemed to be presented to "intentionally mislead would-be buyers as to the company’s relative performance versus AMD".

Intel presented the figures at its “Performance at Intel” Medium blog. 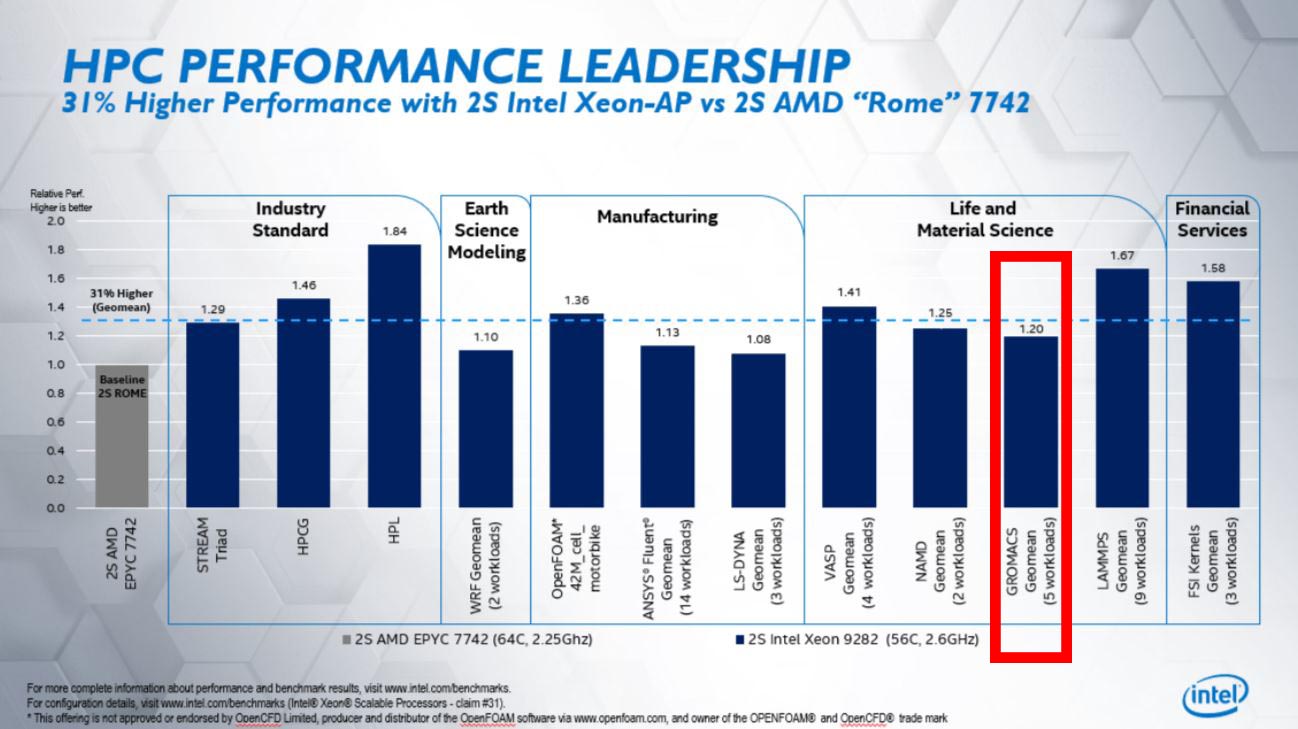 However a 400W 56 core part seemed to say it was 20 percent  faster and a footnote on configuration details we followed eventually leading to the referenced #31 corresponding to this result. Here is the configuration for the test:

In GROMACS 2019.4, there was a small, but very important fix for the comparison called: Added AMD Zen 2 detection. That says: "The AMD Zen 2 architecture is now detected as different from Zen 1 and uses 256-bit wide AVX2 SIMD instructions (GMX_SIMD=AVX2_256) by default. The non-bonded kernel parameters have been tuned for Zen 2. This has a significant impact on performance. (Source: GROMACS Manual)"

In other words, it is well known that older versions of GROMACS were not properly supporting the new “Rome” EPYC architecture and it is something which has since been fixed. Intel was running the older speced software which it was designed for, but Zen 2 was not.

The team at Serve the Home found some other problems with the Intel tests, which seems to suggest its benchmarking might have been a little misleading, so it is worth clicking on the link and seeing their numbers.

Last modified on 07 November 2019
Rate this item
(2 votes)
Tagged under
More in this category: « Twitter employees spied for Saudi Arabia US slams countries who do networking deals with China »
back to top