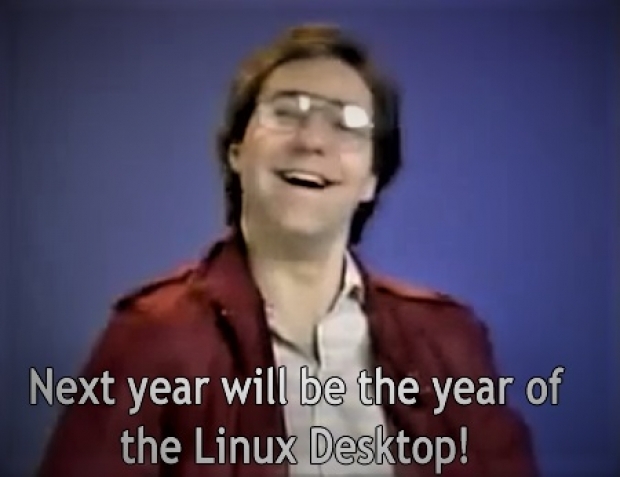 Could this lead to Linux on the desktop?

3D software makers' move to subscription models is pushing people to use open-source software because users are fed up with the price and neurotic terms and conditions.

For a while now professional 3D software like 3DMax, Maya, AutoCAD (Autodesk) and Substance Painter (Adobe)  are only available on a monthly or yearly subscription basis which means that you cannot get your paws on a perpetual license for these industry-standard 3D tools anymore, cannot offline install or activate the tools, and the tools also phone home every few days over the internet to see whether you have "paid your rent".

This means if you stop paying your "rent" the software shuts down, leaving you unable to even look at any 3D project files you may have created with software.

But this has created so much frustration, concern and anxiety among 3D content creators that, increasingly, everybody is trying to replace their commercial 3D software with Open Source 3D tools.

Some of this also means that some users professional users are who were stuck with Windows because of their 3D software now can safely move to Linux. This means that for the first time, professional 3D users can give Windows a miss and work with Linux as their OS instead.

In a comment on Slashdot, dryriver said that if you go to any major 3D software forum on the Internet and it is filled with enraged 3D users revolting against forced software subscriptions and threatening to switch to FOSS Blender as soon as possible.

Some major 3D animation studios are also working Blender into their CGI pipeline. Companies like EPIC and Nvidia have begun donating to the Blender foundation.

"Its happening. The move away from commercial closed source tools - which are expensive, stagnant and don't offer you permanent licenses anymore - is in full swing. The fact that Blender has an innovative GPU accelerated real-time render engine called EEVEE that none of the commercial software has has only accelerated this trend."

Blender is widely believed to have two to three million active users already, and the fact that V 2.80 comes with a much more usable UI is only accelerating things.

Last modified on 11 November 2019
Rate this item
(4 votes)
Tagged under
More in this category: « Apple’s card discriminates against women Python eats Java »
back to top