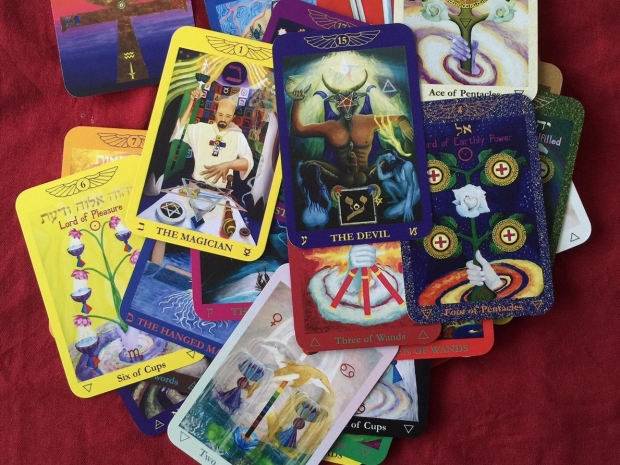 Analyst outfit Gartner has been shuffling its tarot deck to do do some predictions for this year's disruptive tech.

The top ten disruptive technology picks seem to include a lot of things which we remember seeing a lot about in 2019.

Hyperautomation enables the application of advanced technologies, such as artificial intelligence (AI) and machine learning, to increasingly automate processes and augment human requirements.

Big G said that since no single tool can replace humans, hyper-automation will involve a combination of elements. Such tools include robotic process automation and intelligent business management software.

From 2020 the traditional idea of computing evolves from a single point of interaction to include multisensory and multi-touchpoint interfaces, such as wearables and advanced computer sensors, Big G thinks. Over the coming decade, this trend will become what is known as ambient experience.

The democratisation of technology means providing people with easy access to technical or business expertise without extensive or expensive training. Already referred to as “citizen access”, this trend will focus on four key areas: application development, data and analytics, design, and knowledge.

Gartner thinks democratisation is expected to see the rise of citizen data scientists, programmers and other forms of DIY technology engagement. For example, it could enable more people to generate data models without having the skills of a data scientist. This would, in part, be made possible through AI-driven code generation.

We should point out that this idea was first mooted in the 1990s for citizen journalists which never really happened.

Human augmentation focuses on the use of technology to enhance an individual’s cognitive and physical experiences. It comes with a range of cultural and ethical implications.

For example, using CRISPR (clustered, regularly interspaced, short palindromic repeats) technologies to augment genes has significant ethical consequences. Physical augmentation changes an inherent physical capability by implanting or hosting a technology within or on the body.

Bit G thinks that applications include the use of wearables to improve worker safety in the mining industry. In other industries, such as retail and travel, wearables could be used to increase worker productivity.

The evolution of technology is creating a trust crisis. Particularly as consumers become more aware of how their personal data is collected and used, organisations are increasingly recognising the liability of storing and gathering data. But many are also using AI and machine learning more to make decisions in place of humans.

This is a further cause of concern, which is driving the need for processes such as explainable AI and AI governance. This trend requires a focus on these key elements of trust: integrity, openness, accountability, competence and consistency. Gartner thinks that more legislation similar to the European Union’s General Data Protection Regulation is likely to be enacted around the world in the coming years.

Edge computing is based on the idea that keeping traffic local and distributed will reduce latency. This involves a topology where information processing and content collection and delivery are placed closer to the sources of the information.

Big G said the empowered edge employs technology on the internet of things. This extends to the role of devices as the basis for smart spaces and moves key applications and services closer to the people and devices that use them. By 2023, there could be more than 20 times as many smart devices at the edge of the network as in conventional IT roles.

Gartner thinks that the evolution from centralised public cloud to distributed public cloud ushers in a new era of cloud computing. The distributed cloud allows datacentres to be located anywhere. This solves both technical and regulatory issues, such as latency and data sovereignty. It also offers the combined benefits of a public cloud service and a private, local cloud.

Autonomous things, such as drones, robots, ships and appliances, exploit AI to perform tasks traditionally undertaken by humans. This technology operates on a spectrum of intelligence ranging from semiautonomous to fully autonomous and across a variety of environments including air, sea and land.

Gartner said while currently, autonomous things mainly exist in controlled environments, such as warehouses, they will evolve to include open public spaces. Autonomous things will also move from standalone to collaborative swarms – such as the drone swarms used during the Winter Olympic Games in 2018.

Enterprise blockchain today takes a practical approach and implements only some of the elements of a complete blockchain. Everyone with permissioned access sees the same information, and integration is simplified by having a single shared blockchain.

Gartner said that true blockchain or “blockchain complete” will have the potential to transform industries, and eventually, the economy, as complementary technologies such as AI and the IoT begin to integrate alongside blockchain.

This expands the type of participants to include machines, which will be able to exchange a variety of assets. For example, a car would be able to negotiate insurance prices directly with the insurance company based on data gathered by its sensors. Moreover, blockchain will be fully scalable by 2023.

Evolving technologies such as hyperautomation offer transformational opportunities in the business world. However, they also create security vulnerabilities through potential new points of attack. Security teams must address these challenges and be aware of how AI will impact the security space.

So still no citizen's jetpacks and trips to the moon.

Last modified on 02 January 2020
Rate this item
(0 votes)
Tagged under
More in this category: « Samsung hit by blackout US censors TikTok more than the Chinese »
back to top