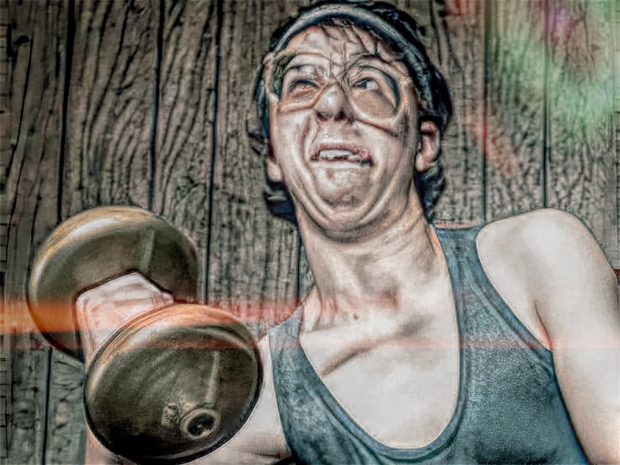 Cargo cult sends in the nerds to evangelise the gym

As if Fudzilla readers needed a reason to skip going to the gym, the fruity cargo cult Apple has announced an evangelisation programme targeting gym users and it is getting the gyms to pay for it.

Apple has introduced "Apple Watch Connected", an initiative that sees the Cupertino company partnering with major gym chains to bring Apple Watch-related technologies and benefits to members of those gyms.

While this sounds to us like when you are pumping iron you get some spotty kid in an Apple teeshirt thrusting his watch under you face saying "look at my watch it is very pretty, expensive and it is much better than an Android watch" we don't think that is particularly likely as it would cull huge numbers of Apple fanboys from the gene pool.

Apple claims that the benefits include workout machines that play nice with the Watch, rewards programs based on workout data collected by the Watch, and special deals on products and services.

The first gyms to participate include Orange Theory, Crunch Fitness, YMCA, and Basecamp Fitness, but more may be added later. Apple doesn't require gyms to pay anything directly to the company to participate, though complying with all the requirements "might produce additional expenses for the gyms." Only Apple expects people to pay for its advertising.

Participating gyms must offer an app for either the iPhone or the Watch that allows members to track their fitness progress or activity, they must accept mobile payments via the tech company's Apple Pay system, and they have to offer some kind of rewards to members for achieving specific goals using the Watch. Additionally, gyms that make use of certain types of fitness equipment must use equipment that supports Apple's GymKit API for tracking workouts. Some gyms, like Orange Theory, are not focused on a self-directed workout with machines and thus have slightly different requirements to meet with regard to GymKit, though.

The programme will be opt-in, meaning the intention is that customers won't automatically see their data tracked by gyms via Apple's hardware and services unless they choose to participate.

Last modified on 27 January 2020
Rate this item
(0 votes)
Tagged under
More in this category: « Intel boss is "a maniac" over shortages Cisco firewall has a giant bug »
back to top