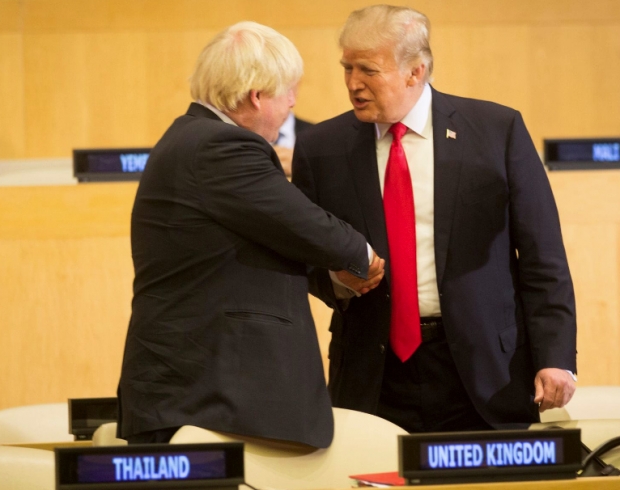 Where there's a will, there's Huawei

The prime minister of the United Kingdom, Dominic Cummings Boris Johnson will give Chinese firm Huawei a limited licence to sell its kit in the country.

After a meeting of government ministers and security specialists this morning, the government proposes that a cap of 35 percent be placed on Huawei sales in the UK, while the firm won't be allowed to install its kit in military bases nor in sensitive spots, such as nuclear power stations and the like.

Huawei produces cheaper and has, it's generally accepted, more advanced tech than its two main rivals – Ericsson and Nokia. All three are determined to have a big share of the lucrative 5G pie.

The security services – including MI6 and MI5 – have already advised the government that any perceived threat is manageable.

But, on the other hand, the government finds itself ranged against a number of its own Tory backbenchers and the US Donald Trump administration. The USA administration is engaged in a trade war against China and many believe that Huawei is being used as a pawn in that strange game of chess.

US semiconductor manufacturers, like Micron and Intel, for example, wonder why they are being used as sacrificial victims in tactics that hurt their own businesses and damage the global supply chain.

The USA argues that using Huawei equipment gives the Chinese government a way to listen in or affect its infrastructure. Huawei has consistently denied it poses a threat to security and, so far, the US has failed to produce evidence for its claim. The USA also never mentions its own “Prism” technology.

Many Tory backbench MPs, on the other hand, are gung-ho about a perceived threat from China, with some seriously suggesting that, ahem, Europe should go hell for leather to produce products that can outperform Huawei kit. Britain leaves Europe at the end of this week.

Huawei issued a rather diplomatic statement about the decision of the UK. VP Victor Zhang said his firm is “reassured” by the UK's decision. He said that his firm has supplied technology for over 15 years and will continue to do so. “We agree a diverse vendor market and fair competition are essential for network reliability and innovation as well as ensuring consumers have access to the best possible technology.”

Huawei owns a considerable chunk of patents on 5G technology - estimated at between 20 and 30 percent.

It's unclear whether the 35 percent cap will be applied retrospectively to operators in the UK that are already using Huawei kit.

Last modified on 28 January 2020
Rate this item
(0 votes)
Tagged under
More in this category: « Never mind the Chinese, Russians and Americans – Turkey linked to cyber attacks Scotland on track to be 100 per cent renewable energy »
back to top