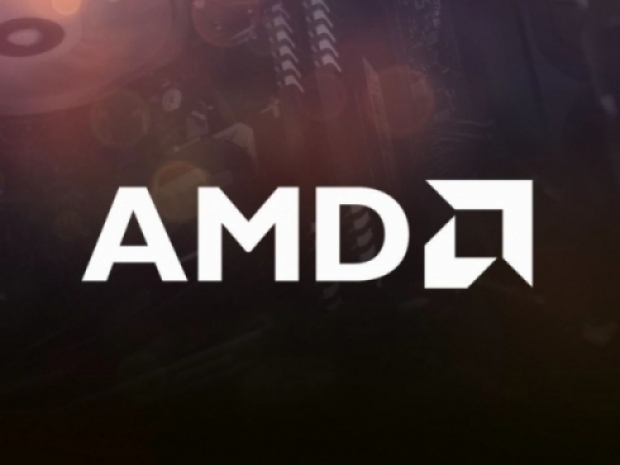 Gross margin up by seven percent, but falls short on analysts expectations

AMD has reported positive financial results for the fourth quarter of 2019, with revenue of $2.13 billion, which is 50 percent higher compared to the same quarter last year. Unfortunately, its shares have dropped by four percent due to weak Q1 outlook and failing to meet analysts' expectations.

According to the full GAAP financial results, AMD reported revenue of $2.13 billion, up by 50 percent compared to the same quarter last year and up by 18 percent compared to the previous quarter. AMD saw lower revenue in its Enterprise, Embedded and Semi-Custom segment, but this was offset by higher revenue from the Computing and Graphics segment.

Earnings per share are at $0.15 for the quarter, which is significantly raised from $0.04 compared to both the last year and the previous quarter. 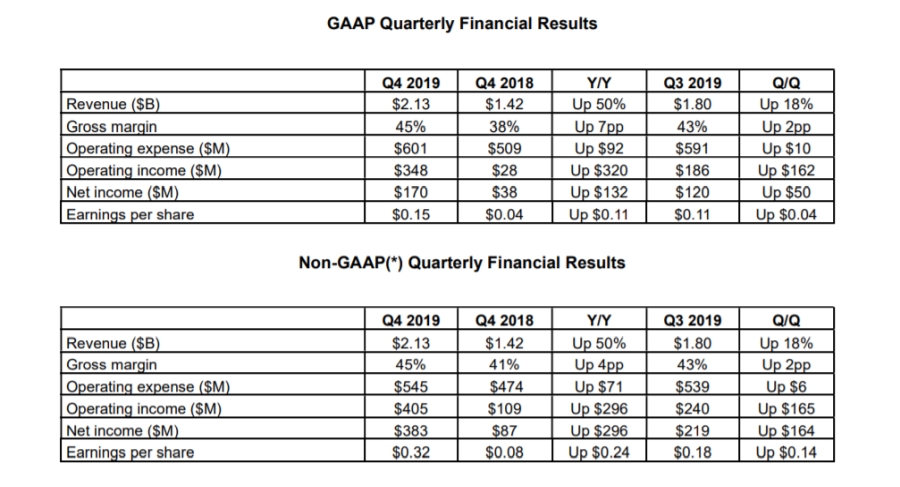 Computing and Graphics segment did well

With Q4 behind it, AMD also reported its annual 2019 results, reporting a rise in revenue of four percent compared to the last year, where Computing and Graphics segment picking up the slack for lower Enterprise, Embedded and Semi-Custom segment earnings.

Gross margin was raised from 38 to 43 percent, and, according to AMD, was driven primarily by Ryzen and EPYC products.

“2019 marked a significant milestone in our multi-year journey as we successfully launched and ramped the strongest product portfolio in our 50-year history,” said Dr. Lisa Su, AMD president and CEO. “We delivered significant margin expansion and increased profitability as we gained market share with our Ryzen and EPYC processors. Our focused execution and the investments we made in our high performance computing roadmaps position us well for continued growth in 2020 and beyond.”

AMD has reported a rather weak Q1 2020 outlook, with revenue of $1.8 billion, a drop of 15 percent compared to the Q4 2019, which is rather understandable, considering it is a slow part of the year and that the company expects a further drop in semi-custom revenue in advance to the next-generation products. The company also expects its gross margin to go up by one percent in the next quarter.

Such weak Q1 2020 outlook had its impact on AMD's stock price which fell by four percent in the after-hours trading.

AMD has a big year ahead of it, and although it has fallen short from both the general population and analysts' expectations, bear in mind that Intel still has a lot of sway with OEMs and still holds a major market share, especially in the notebook market segment.

The GPU side is not that different either as, although AMD is giving Nvidia a run for its money in entry-level and mid-range segments, it is still playing a catch-up game and Nvidia still firmly holds the high-end markets.

AMD finally has a steady CPU roadmap on both consumer and server sides, and the company is delivering on its promises, which puts it in a good position. While it still has to significantly challenge Nvidia in the GPU market, its constant pressure has been finally driving graphics card prices down, so, hopefully, its next-generation RDNA architecture GPUs confirmed to come this year, will give the company a steady GPU foothold as well.

Last modified on 30 January 2020
Rate this item
(0 votes)
Tagged under
More in this category: « Intel has a depressing 14 nm process obsession AMD powers Huawei notebook refresh »
back to top