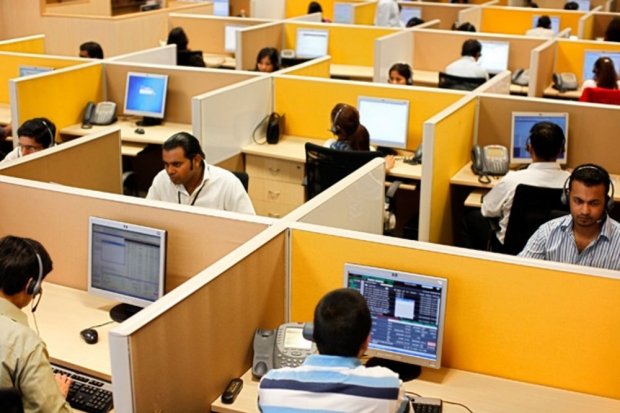 Dave from AT&T stuck at home

India's outsourcing business and call centre networks for foreign companies are taking a bit of a hammering from the India lock-down.

The world’s back office is struggling to piece together work-from-home solutions and other business-continuity plans.

Prime Minister Narendra Modi on Tuesday ordered 1.3 billion Indians to stay at home for 21 days to stem the spread of SARS-CoV-2, following earlier lock-down orders in many Indian cities and states. As of Tuesday, India had reported over 500 cases of the virus and nine deaths.

Many of the companies that provide business services such as call centers, information technology services and business process automation were not prepared for work-for-home arrangements, according to interviews with more than a dozen employees of several companies.

R. Chandrashekhar, a retired federal government official and a former president of India’s IT services lobby group, NASSCOM said the industry has been scrambling to set up its own business continuity plan. In the southern tech hub of Bengaluru, an employee working at a JPMorgan call center said that until last Friday, her managers had repeatedly declined staffers’ pleas to work from home.

“Even if I am infected with the virus, I know the death rate for young people isn’t very high, but I am very very scared that I might transfer it to family.”

However, after the state government order, JPMorgan ordered its Bengaluru staff to “stay at home until further notice”, according to a message to employees.

In some cases, companies must seek client permission before allowing employees to work on sensitive projects outside the office, a senior human resources executive at a top Indian IT firm said of working remotely. The fear is that if something goes wrong, who’s going to take the responsibility.

India’s home ministry, in guidelines issued on Tuesday, advised states to exempt essential IT and IT-enabled services from the national lockdown. NASSCOM, the lobbying group, said several states had listed IT and e-commerce among essential services that are exempt.