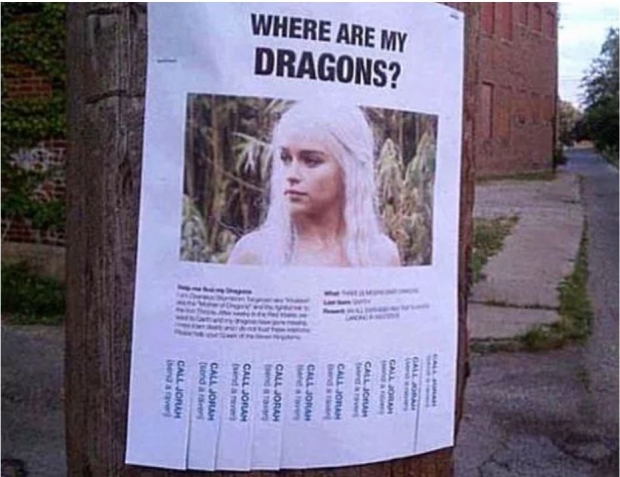 It is like Game of Thrones, with the wrong type of boobies

Apple’s Information Systems & Technology [IS&T] department which builds much of the company's internal technology tools is completely paranoid and dysfunctional, according to a former staffer.

IS&T handles Apple’s servers and data infrastructure to retail and corporate sales software. IS&T is made up largely of contractors hired by rival consulting companies, and its dysfunction has led to a rolling state of war.

According to a new book out today called “Always Day One”,  IS&T is a huge contractor org that handles “a crazy amount of infrastructure for the company”.

One former staffer said the whole organisation was “a Game of Thrones nightmare".

Interviews with many other staffers paint a picture of a division in turmoil, where infighting regularly prevents the creation of useful software, and whose contract workers are treated as disposable parts.

Sabapathy's first stint at IS&T lasted more than three years, the second only a day.

Inside the division, she said, contracting companies such as Wipro, Infosys, and Accenture are constantly fighting to fill roles and win projects, which are handed out largely on the basis of how cheaply they can staff up to Apple's needs.

"They're just fighting for the roles. That's all they care about, not the work, not the deliverables, the effort they put in, or even talent. They're not looking for any of those aspects", Sabapathy said.

IS&T is thus filled with vendor tribalism, where loyalty to one's contracting company trumps all.

No one would dream of making friends and the area lacks any working relationship.

Sabapathy told BuzzFeed's Alex Kantrowitz Apple employees' expectations for their IS&T contractors were unrealistic given that they saw the sum total they were paying the consulting companies  $150 to $120 an hour but the contractors themselves were making much less ($40 to $55 an hour) after the companies took their cut, writes Kantrowitz.

This leaves Apple with lesser contractors but the same high demands, a recipe for disappointment.

Kantrowitz pointed out that if Apple wants to become inventive again, "it will need to give its employees more time to develop new ideas".

He adds: "IS&T could become a division of strength at Apple one day, building tools that minimise work that supports existing products while making room for those ideas. But until Apple gives the division a hard look, its employees will be stuck spending their time reworking broken internal software, and wishing they were inventing instead."

Last modified on 08 April 2020
Rate this item
(0 votes)
Tagged under
More in this category: « US chipmakers are revolting Intel allocates $50 million to a pandemic response »
back to top