Amazon has become a dystopian nightmare 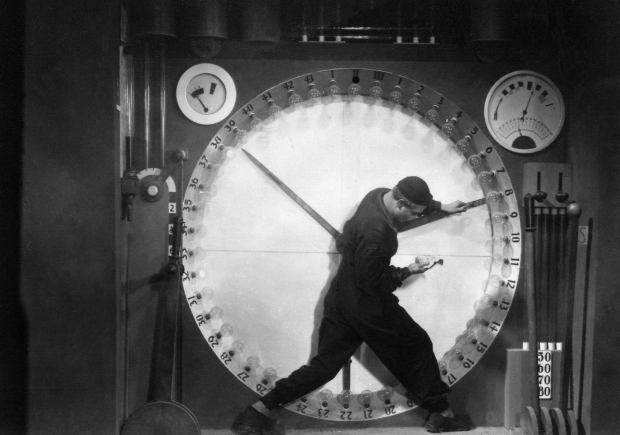 A new report has revealed that Amazon's retail side has adopted an almost dystopian level of control over its warehouse workers, firing them if they fail to meet secret targets and monitoring the crap out of them.

The report said that workers are told to hit a target rate of packages to process per hour, though they are not told what exactly that target is and managers change it behind the scenes. "You'll know when you get a warning. They don't tell you what rate you have to hit at the beginning."

If they grow close to not meeting a target rate, or miss it, the worker receives an automated message warning them, the report said. Workers who fail to meet hidden targets can also receive a different type of electronic message; one that fires them.

"Amazon's electronic system analyzes an employee's electronic record and, after falling below productivity measures, 'automatically generates any warnings or terminations regarding quality or productivity without input from supervisors'", it stated. The data is also generated automatically: for example, those picking and packing are required to use a scanner that records every detail, including the time between scans, and feed it into a system that pushes out automated warnings.

As with other companies, Amazon installs surveillance cameras in its workspaces to reduce theft. But the report claims Amazon has taken that approach to new lengths "with an extensive network of security cameras that tracks and monitors a worker's every move".

Staff movements are micro-managed for example when they entering the warehouse, Amazon requires workers to dispose of all of their personal belongings except a water bottle and a clear plastic bag of cash.

Amazon drivers have their location constantly recorded and monitored and must follow the exact route Amazon has mapped. They are required to deliver 999 out of every 1,000 packages on time or face the sack - something that the report argues has led to widespread speeding and a related increase in crashes.

The same tracking software ensures that workers only take 30 minutes for lunch and two separate 15-minute breaks during the day. The report also noted that the web goliath has patented a wristband that "can precisely track where warehouse employees are placing their hands and use vibrations to nudge them in a different direction".

Amazon has a kafkaesque method of stopping unions naturally forming by tracking workers and breaking up any meetings of too many people, including identifying possible union organisers and moving them around the workplace to prevent them talking to the same group for too long, the report claimed.

With the risk of being fired at any moment, workers have developed a mentality where they see those being fired as "weak links" until they too are eventually culled.