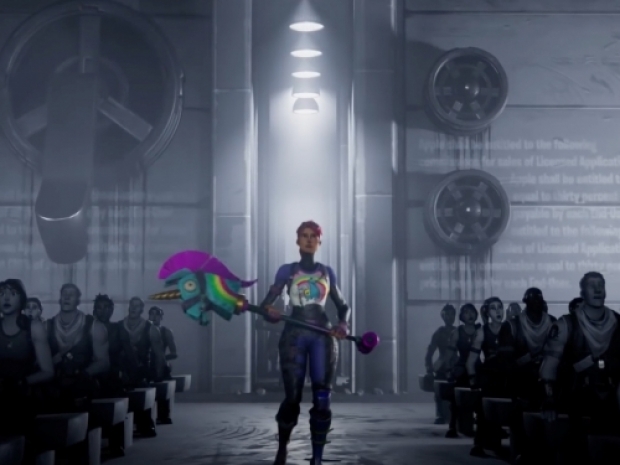 Fruity cargo cult Apple has counter attacked in its legal battle with Fortnite creator Epic Games, filing a response and counterclaims alleging that the gaming company breached its contract with Apple.

Apple said in a filing with the District Court for the Northern District of California: "Although Epic portrays itself as a modern corporate Robin Hood, in reality it is a multi-billion-dollar enterprise that simply wants to pay nothing for the tremendous value it derives from the App Store."

Apple's response suggests it was blindsided by Epic, and even notes that Epic executives "recognised and thanked Apple for its support and promotion of Fortnite events", as recently as April 2020.

However according to Apple, Epic had been busy enlisting a legion of lawyers, publicists, and technicians to orchestrate a sneak assault on its glorious App Store.

"Shortly after 2:00 a.m. on August 13, 2020, the morning on which Epic activated a hidden commission-theft functionality, Mr. Sweeney again emailed Apple executives, declaring that 'Epic will no longer adhere to Apple's payment processing restrictions.'"

Apple said in the filing that Epic Games has earned over $600 million from the App Store.

Estimation by Buy Shares indicates that Epic Games could potentially lose an average of $26.7 million in monthly revenue after the App Store terminated the Epic Games account.

Between January and August this year, Epic Games’ highest revenue was from the App Store at an estimated $191.42 million compared to $101.48 million from Google Play. Based on Sensor Tower data Buy Shares has determined that the App Store accounts for 65.46 percent of all in-app purchases globally in H1, 2020. Buy Share's estimation, therefore, filtered the cumulative revenue for Fortnite on Google Play and Apple App Store by using the finding of 65.46% when comparing Google Play and App Store revenue.

The projections reveals that Epic Games will potentially lose an average of $26.7 million monthly in revenue after being booted from the App Store (by average revenue data from January 2020 to August 2020).  It does not say what Apple will lose as a result of its hamfisted approach.