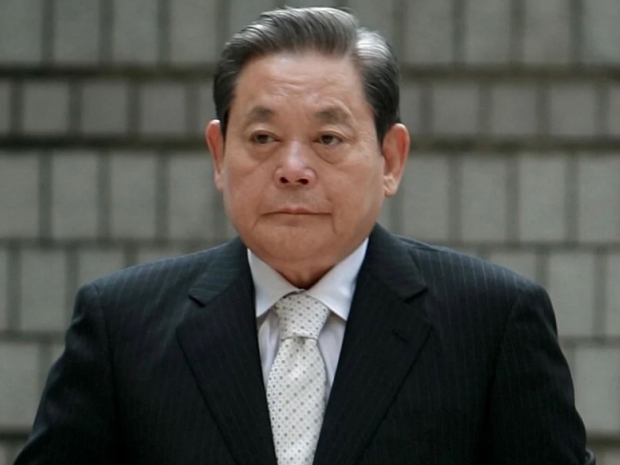 Lee Kun-hee, who built Samsung into a global giant of smartphones, televisions and computer chips but was twice convicted — and twice pardoned -- for white-collar crimes committed along the way, died on Sunday in Seoul.  He was 78.

Samsung announced the death but did not specify the cause. Lee had been incapacitated since a heart attack in 2014.

When Lee took the helm at Samsung Group in 1987, after the death of his father and the conglomerate's founder, Lee Byung-chull, many in the West knew the group's electronics unit only as a maker of cheap televisions and unreliable microwaves sold in discount stores.

Lee pushed the company relentlessly up the technological ladder. By the early 1990s, Samsung had surpassed Japanese and American rivals to become a pacesetter in memory chips. It came to dominate flat-panel displays as screens lost their bulk. And it conquered the middle-to-high end of the mobile market as cellphones became powerhouse computing devices in the 2000s.

In 1996, Lee was convicted of bribing the country's president, then pardoned. More than a decade later, he was found guilty of tax evasion but given another reprieve, this time so he could resume lobbying to bring the Winter Olympics to the mountain town of Pyeongchang in 2018.

Soon after the Pyeongchang Games, Lee Myung-bak, South Korea's president from 2008 to 2013 and no relation, was sentenced to 15 years in prison for accepting $5.4 million in bribes from Samsung in exchange for pardoning Lee.

Last modified on 27 October 2020
Rate this item
(1 Vote)
Tagged under
More in this category: « Samsung and Stanford develop new OLED tech 5G delays will hit UK economy »
back to top