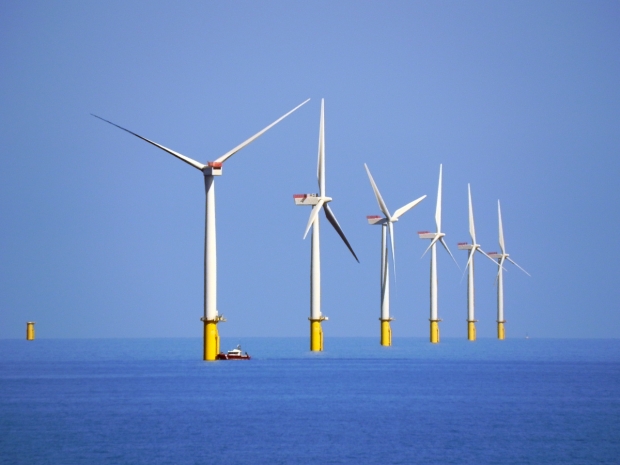 The capacity of the EU's offshore windfarms in the North Sea, the Baltic, the Atlantic, the Mediterranean and the Black Sea will be increased by 250 percent under a draft plan drawn up by the European commission.

The total energy generating capacity in Europe's seas stands at 23 gigawatts (GW), from 5,047 grid-connected wind turbines across 12 countries, including the UK. Under a European commission strategy, the 27 EU member states alone would achieve a capacity of 60GW by 2030 and 300GW by 2050, with Germany set to hugely increase its investment in the sector.

According to the leaked paper, the commission "estimates that an installed capacity of 300GW of offshore wind [and around 60GW of ocean energies] by 2050 would be needed in the integrated, greener and climate neutral energy system of 2050".

The commission wrote: "This is feasible for a sector where Europe has gained unrivalled technological, scientific and industrial experience and where strong capacity exists already across the supply chain, from manufacturing to shipping and installation. Nonetheless, it is a particularly challenging horizon. It means that offshore renewable energy capacity should be multiplied by 25 times by 2050. The investment needed is estimated up to 789 billion pounds."

The UK, which left the EU in January, has the largest amount of offshore wind capacity in Europe, with 45 percent of all installations. Germany is second with 34 percent, followed by Denmark (eight percent), Belgium (seven percent) and the Netherlands (five percent).

Over the summer, the German government said it would also increase its current 7.5GW of capacity to 20GW by 2030, with a target of 40GW by 2040. But the European Commission has called for a more "resolute" approach across the bloc.

According to a leak of the strategy obtained by the Euractiv news website, the "very challenging" target for new windfarms would come with an expected price tag of £789 billion pounds, creating 62,000 jobs in the offshore wind industry.

Last modified on 18 November 2020
Rate this item
(2 votes)
Tagged under
More in this category: « UK called to reverse Huawei ban EQT planning IPO for SUSE »
back to top