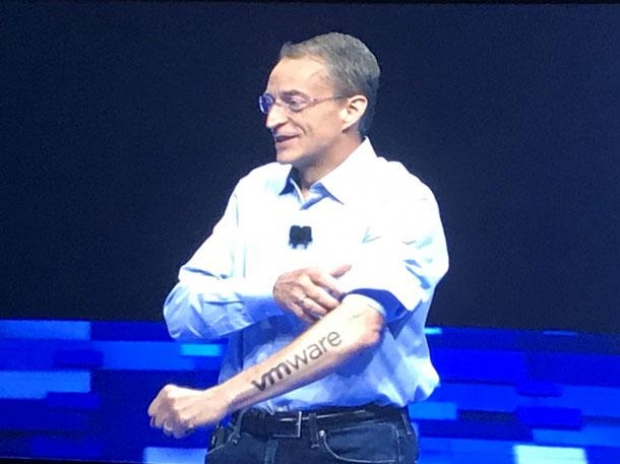 VMware has reported third quarter growth that beat guidance offered earlier in its financial year but said results would have been better but for a slowdown in “transformational projects”.

CFO Zane Rowe said that’s the first quarter in which VMware’s subscription and SaaS revenue topped cash from licenses but noted the company’s Q4 is usually a big source of licence sales.

But VMware is clearly on the way to selling more subscriptions. CEO Kicking Pat Gelsinger said the company is “on track to make most of our major product offerings available as subscription and SaaS in the next calendar year” and looked forward to that achievement giving customers the option to buy VMware kit with “the flexibility they need”.

Gelsinger said VMware has seen a slowdown in big projects and said that when they are on the table “those large deals just take longer”.

“There’s another sign off required”, he said. “They’re looking and saying: ‘Boy, my priorities are shifting around because I’m not spending as much time in the data centre yet. We can’t have our teams back in place’.”

That attitude has made for some year-on-year revenue dips for products like VSAN and NSX that are often bundled into big deals.

Gelsinger said that result is not commentary on their long-term prospects, citing strong sales of hyperconverged infrastructure that includes VSAN. Nor did he seem concerned about flat sales of core software-defined data centre products.

Last modified on 26 November 2020
Rate this item
(0 votes)
Tagged under
More in this category: « FCC insists that ZTE is still a security threat Bitcoin hammered in Asia and EU »
back to top