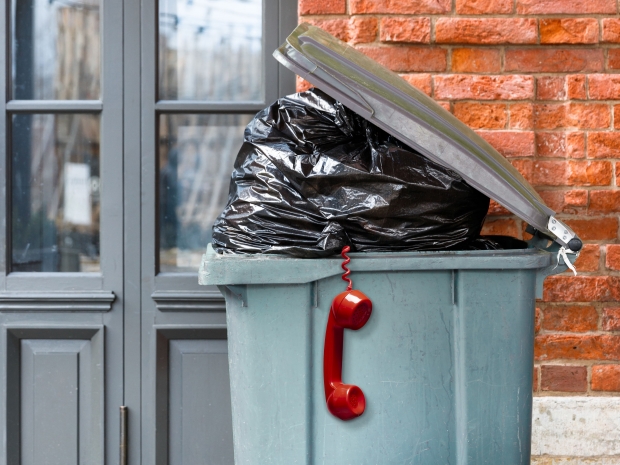 More than three million households in Britain have ditched their home phone in the last five years.

Despite many home phone providers reporting a sharp rise in calls during the coronavirus crisis, nearly half of all households in Britain will have got rid of their landline by the end of the decade should the current rate of decline continue.

The research by personalised accessory company Wrappz which analysed data published by Ofcom revealed in 2016, 23.3 million households (85 percent of all homes) had a working home phone whereas now just 20.9 million (74 percent of all households) have one.

On their current trajectory, home phones are on course to have disappeared in the UK by June 2067.

Despite the analysis highlighting a growing shift away from traditional communication methods it is perhaps surprising the research also found more than a third of Brits (38 percent) still use an address book.

Wrappz director Liam Williams, said: “At a time when many people have had to change the way they keep in touch with friends and family it has been fascinating to explore the trends around home phone usage.

“While our research highlights that many of us are transitioning to more digital methods of communication, it is important to remember the many benefits of having verbal conversations.

“Although mobile phones provide us with the ability to do almost anything at our fingertips, the pandemic has reminded us that plenty of people still rely on using landlines to connect with the outside world.”

The analysis also identified some interesting variations in the rate of landline decline in the various regions in England.

Despite being home to areas with some of the most ageing populations in the UK, people in the East of England have been embracing this shift away from home phones the most with the number of households with a working landline declining at a rate of three percent each year - almost double the national average of 1.6 percent.

In contrast, people in the East Midlands seem most reluctant to ditch their home phone with the number of households with a working landline declining at just 0.6 percent each year.

Perhaps surprisingly the rate of decline in London falls directly in line with the UK average although this may be down to the fact many Londoners have already moved away from using a home phone.

The rate of decline by English region:

When it came to explaining why they didn’t have a landline or ended up getting rid of theirs, nine in ten people (90 percent) cited the fact they had a mobile phone to be the main reason. Just seven percent of Brits said it was down to getting too many nuisances or sales calls while others admitted to only having a landline because it came with their broadband packages.