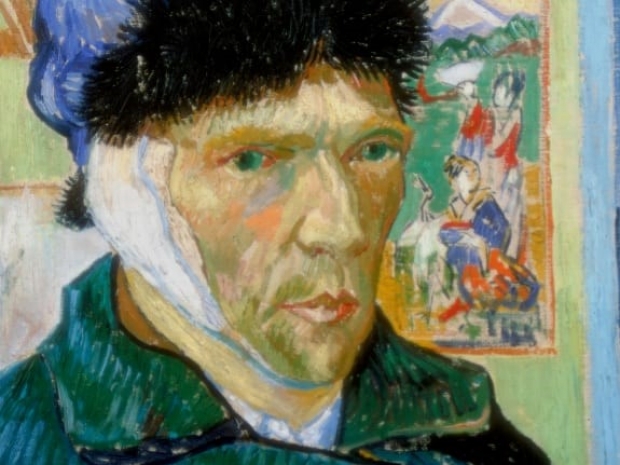 Its Vincent Van Gogh just got up and went

According to a new mobile processor roadmap leaked on Twitter, AMD appears to have walked away from Van Gogh.

The roadmap image was leaked by a Twitter leaker called Vegeta and significantly says that Van Gogh, which was supposed to be arriving this year, has been canned.

Vegeta stated: "This is the complete roadmap. Although the GPU part of Rembrandt has improved a lot, the CPU part is not very competitive with the 16-core ADL-P. Maybe AMD should cut prices attract players, before saying 'Van Gogh is dead'."

The next thing from AMD for those fond of high-performance laptops – creators, enthusiasts, gamers – is the arrival of Rembrandt H APUs. These will succeed Cezanne H, bringing along several changes and general improvements.

There is a socket change for Rembrandt H and it will have 6 nm Zen 3+ CPU cores, Navi2X graphics, as well as PCIe Gen4, LPDDR5, and DDR5 memory, and USB4 support within a 45W power budget.

Rembrandt U will deliver the same technological uplift in ultrathin mobile form factors at 15W or less.

The Dragon Crest APU is mentioned and is interesting because it was a refresh of a part that has been shelved, and it appears that AMD wants to flog it to premium tablet/convertible makers.

Specs in the roadmap are not different to Van Gogh, and it could suffer the same fate as it seems to be an APU searching for a solution – rather than filling a demand.

AMD Barcelo U processors are seen on the roadmap slotting into premium ultrathin offerings below the Rembrandt U line. This looks like the secondary product uses previous-gen products for lower-priced systems that fall into the target category.

AMD Rembrandt H/U, Dragon Crest, and Barcelo U could be Ryzen 6000 Mobile releases and headed to CES 2022. 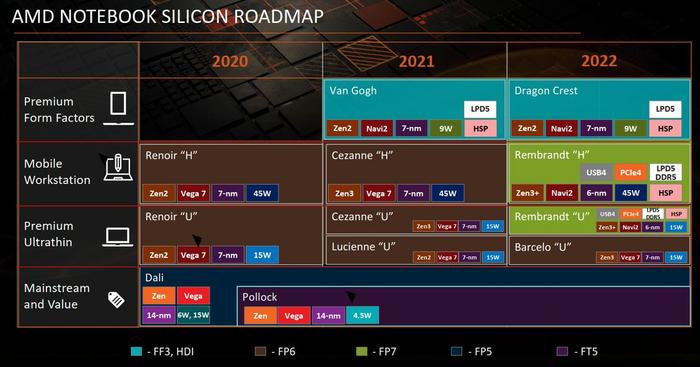 Last modified on 24 May 2021
Rate this item
(2 votes)
Tagged under
More in this category: « Ryzen 5000 refresh rumoured Iran takes sting out of sanctions with bitcoin »
back to top