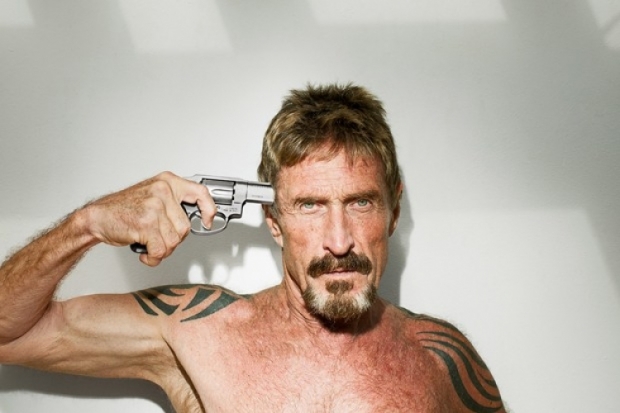 Going out on a conspiracy

Anti-virus software entrepreneur John McAfee has been found dead in a Barcelona prison cell hours after a Spanish court agreed to extradite him to the US to face tax evasion charges.

The Catalan justice department said medics had tried to resuscitate the 75-year-old, but were not successful. It added that "everything indicates" McAfee had taken his own life.

Going out in a way that his fans would think was part of a government conspiracy is exactly how someone like John McAfee would want to go. He has been trying to convince a Spanish court that the US government does not really want him for tax evasion but as part of government persecution.

The US justice department alleged that McAfee evaded tax liability by having his income paid into bank accounts and cryptocurrency exchange accounts in the names of nominees. He was also accused of concealing assets, including a yacht and real estate property, also in other people's names.

In 2019 McAfee expressed his disdain for taxes, tweeting that he had not filed tax returns for eight years because "taxation is illegal" which is the sort of thing that hacks off the taxman, even in the US where rich people don’t have to pay tax if they don’t make a song and dance about avoiding them.

Spain's National Court authorised his extradition to the US to face the charges on Wednesday morning, so if the US government wanted him dead, all it had to do was wait, or leave him alone in a room with enough drugs.

McAfee has been a controversial figure in the tech world, his company released the first commercial anti-virus software before he flogged it to Intel for more than $7.6 billion.

But Nishay Sanan, McAfee's lawyer, said he had intended to fight all the charges. "This is again the US government trying to erase John McAfee. This man was a fighter. And in the minds of everyone who knew him, he will always be a fighter."

Yeah, sort of, topping yourself because you are afraid of prison is not the action of a fighter but someone who knows the fun is over.

McAfee, who was born in Gloucestershire, England, first came to prominence in the 1980s when he founded his tech company and released McAfee VirusScan.  At the same time, he admitted that he never actually used the software on his own computers. He said he constantly changed his IP [internet protocol] address, by not attaching my name to any device he used, and by not going on to sites where you might pick up a virus.

He also launched unsuccessful bids to become the Libertarian Party's candidate for the presidential elections in 2016 and 2020.

In the same year, he was briefly detained in the Dominican Republic for allegedly bringing weapons into the country.

In 2012 he was arrested in Guatemala, having been on the run in Belize where police were investigating the death of his neighbour. He always denied any involvement in the murder, but at the time no one thought the Belize police were wrong in wanting to have a word with him.

That said McAfee will be missed.  He was a great story and a life lived to the max. Sure he might have been a complete twat, but he lived the life he wanted to live, right up to the moment he didn’t.  Hell, he even managed to go out with some people talking about a conspiracy to murder him. Not many people can say that. 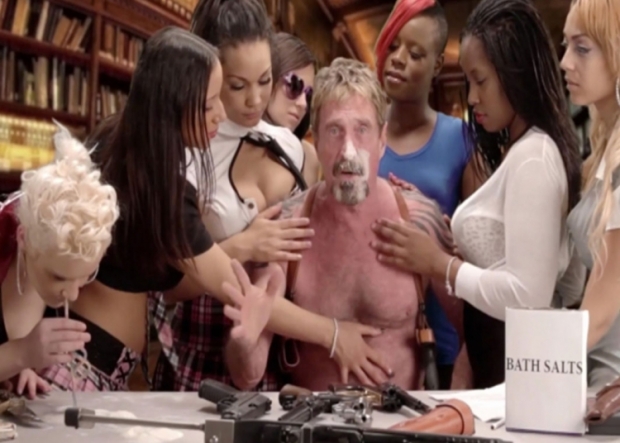