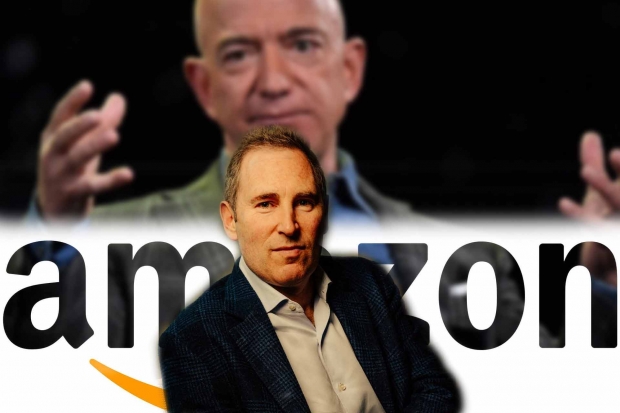 Andy Jassy from Clouds takes over

Amazon founder Jeff Bezos stepped down as CEO yesterday, handing over the keys to the executive drinks cabinet to Andy Jassy.

Jassy ran Amazon's cloud-computing business and the change has been on the cards since February.

Bezos is still Amazon's biggest shareholder with a stake worth about $180 billion, will still hold sway over the company. When he is not in space he will he take over the role of executive chair, with plans to focus on new products and initiatives.

Jassy takes the helm of a $1.7 trillion company that benefited greatly from the pandemic, more than tripling its profits in the first quarter of 2021 and posting record revenue as customers grew ever more dependent on online shopping.

At the same time, Amazon faces activism from a restive workforce just as a rapid economic recovery causes a labour crunch that has retailers, manufacturers and other companies competing for workers with higher wages and other benefits.

The company defeated an attempt by workers to unionise at an Alabama warehouse earlier this year, but faces a more formidable challenge as the International Brotherhood of Teamsters launches a broader effort to unionise Amazon workers.

Last modified on 06 July 2021
Rate this item
(0 votes)
Tagged under
More in this category: « Pro-Trump social media site already hacked Audacity might end up being classified as spyware »
back to top