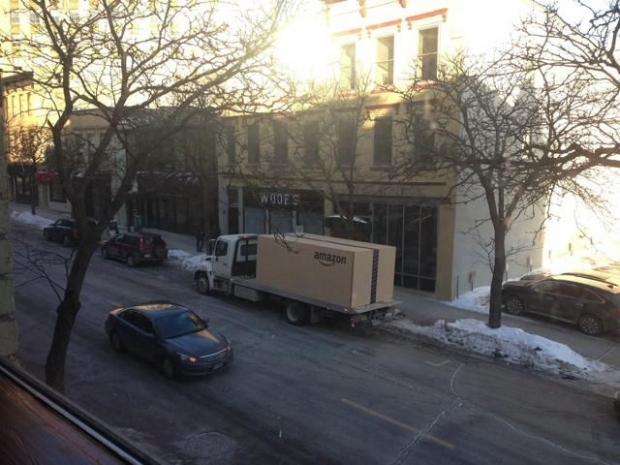 Security is someone else’s problem

Online delivery outfit Amazon is hacked off with ringing doorbells and having its drivers waiting in the street to gain access to apartments.

The online shopping giant is pushing landlords around the country — sometimes with financial incentives — to give its drivers the ability to unlock apartment-building doors themselves with a mobile device.

The service, dubbed Key for Business, is pitched as a way to cut down on stolen packages by making it easy to leave them in lobbies and not outside. Amazon benefits because it enables delivery workers to make their rounds faster. And fewer stolen packages reduce costs and could give Amazon an edge over competitors. Those who have installed the device say it reduces the constant buzzing by delivery people and is a safer alternative to giving out codes to scores of delivery people.

The Amazon programme has been around for a while and was first announced in 2018. But it has not been pushed on this scale before.

The company said that it does background checks on delivery people and that they can unlock doors only when they have a package in hand to scan. But tenants may not know that Amazon drivers have access to their building's front doors, since Amazon leaves it up to the building to notify them.

The company has already installed the device in thousands of US apartment buildings. Amazon salespeople have been fanning out to cities across the country to knock on doors, make cold calls or approach building managers on the street to urge them to install the device. The company has even partnered with local locksmiths to push it on building managers while they fix locks. Amazon installs the device for free and sometimes throws in a $100 Amazon gift card to whoever lets them in.

Last modified on 26 July 2021
Rate this item
(2 votes)
Tagged under
More in this category: « Intel warns it faces supply chain constraints Windows 11 plagued by fake installers »
back to top