Pixel 6 and Pixel 6 Pro officially out 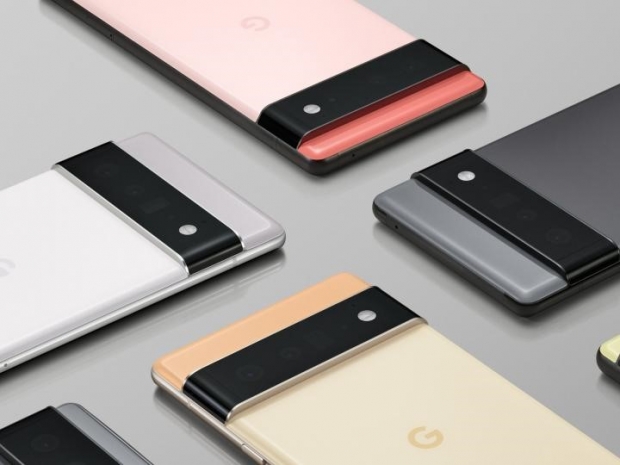 Google has lifted the kimono on its Pixel 6 and Google Pixel 6 Pro smartphones in a surprisingly low-key announcement.

Announced via a press release and a series of Tweets the handsets are a big upgrade for the Pixel line.

The Google proprietary Tensor chipset is the headliner for the release. The Tame Apple press is furious that Google has copied the cargo cult and built its own system-on-a-chip for the new Pixel 6 and Pixel 6 Pro.  At the moment the Tensor is a "performance unknown" but it required Google to swap out the ageing camera sensor inside the Google Pixel 5 - the same one found inside the Pixel 2 - for one designed to work specifically with Tensor.

Both handsets have a camera bump or "bar" that runs horizontally across the rear of the handset from edge to edge. Google says you can distinguish the Pro from the regular Pixel 6 by the larger space between the top of the phone and the camera bump, although the differences don't end there.

The selfie camera has inched towards the middle of the top edge of the display. Leaker Marques Brownlee claims that the Pixel 6 Pro measures 6.7in across the diagonal, making it roughly the same size as the iPhone 12 Pro Max (and therefore quite a large phone). There's been no word on the specifications of the displays.

The Pixel 6 and 6 Pro will run Android 12, with Google's Material You research – announced at Google I/O 2021 – working to make the user interface as fluid and enjoyable as possible. Google also revealed that the new handsets will be unprecedentedly secure, with "the most layers of security hardware in any phone" courtesy of Tensor's Titan M2 security chip.

However, with this low key launch we know sod all about the product other than that they will be available in three shades and made of either polished or matte aluminium respectively. We also know that both the Pixel 6 and Pixel 6 Pro will launch in the autumn.

Last modified on 03 August 2021
Rate this item
(3 votes)
Tagged under
More in this category: « Italian COVID-19 site hit by ransomware hackers Infineon Technologies feeling tightness around its supply chains »
back to top