US wants to stop Chinese coming up with interesting new technology 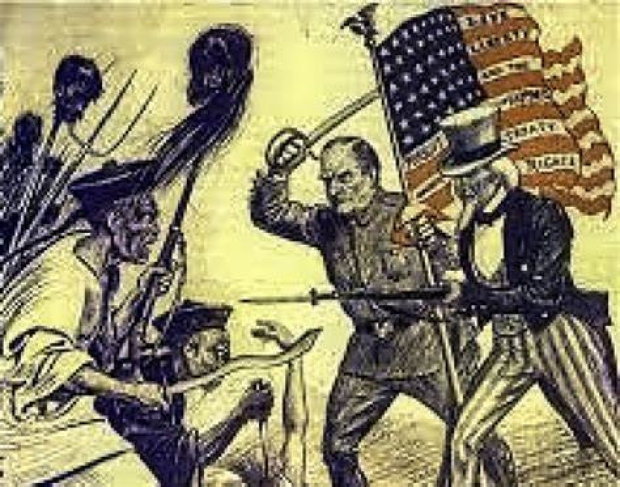 Europe invented stuff and the US stole it first

US Commerce Secretary Gina Marie Raimondo has told the world+dog that the country that invented paper and gunpowder must not be allowed to invent any new stuff, because that is Western society's job.

In a statement which looks like it could have been written in the anti-Chinese period of US history in the 19th century, she stopped short of calling the Chinese “onions”.

Raimondo said that it was up to Europe and the US to put the brakes on Chinese innovation.

"America is most effective when we work with our allies", Raimondo told CNBC's Kayla Tausche in an exclusive interview. "If we really want to slow down China's rate of innovation, we need to work with Europe. They're ripping off our IP, they are not playing by the rules. It's not a level playing field. And so we need to hold their feet to the fire to make sure that they do that."

Ironically, the US’s own industry  was based on nicking stuff from other countries before coming up with its own ideas and pretending it invented everything.

But the concept that China is stealing stuff has long since passed. China has in recent years accelerated its R&D spending and fortified IP protections. Of the more than 1,600 cases analysed, IP owners won more than 80 percent of the time and permanent injunctions were issued by the Chinese courts in more than 90 percent of the cases. As noted by Judge Gang Feng of the Beijing IP Court in 2016, foreign corporations had a 100 percent win rate before that court in 2015.

"We have to work with our European allies to deny China the most advanced technology so that they can't catch up in critical areas like semiconductors. We want to work with Europe, to write the rules of the road for technology, whether it's TikTok or artificial intelligence or cyber."

Last modified on 30 September 2021
Rate this item
(1 Vote)
Tagged under
More in this category: « Software reliability a key problem during 2021 Apple’s AirTag feature is a security nightmare »
back to top