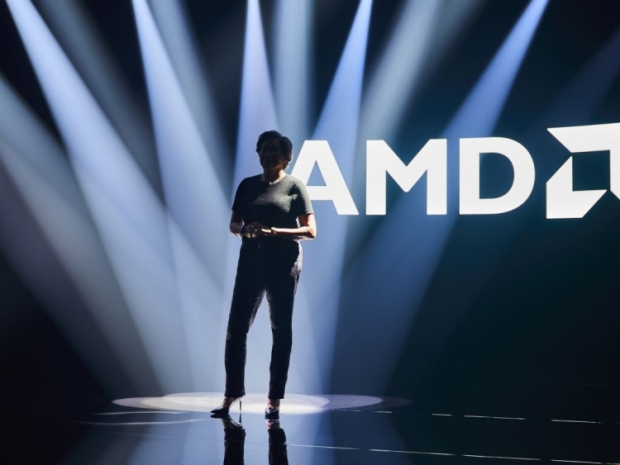 Revenue up by over 50 percent, gross margin up by 4 points

AMD has announced its Q3 2021 financial report, showing yet another record quarter and continuing its revenue trend. The company reported a revenue of $4.3B and an impressive boost in gross margin, up to 48 percent.

AMD is obviously doing well, reporting one record quarter after the other, and the company does not appear to be stopping, delivering on its promises and roadmaps. One has to wonder if these results would be even more impressive if it wasn't for those supply and manufacturing issues that are kicking the industry's bottom line. 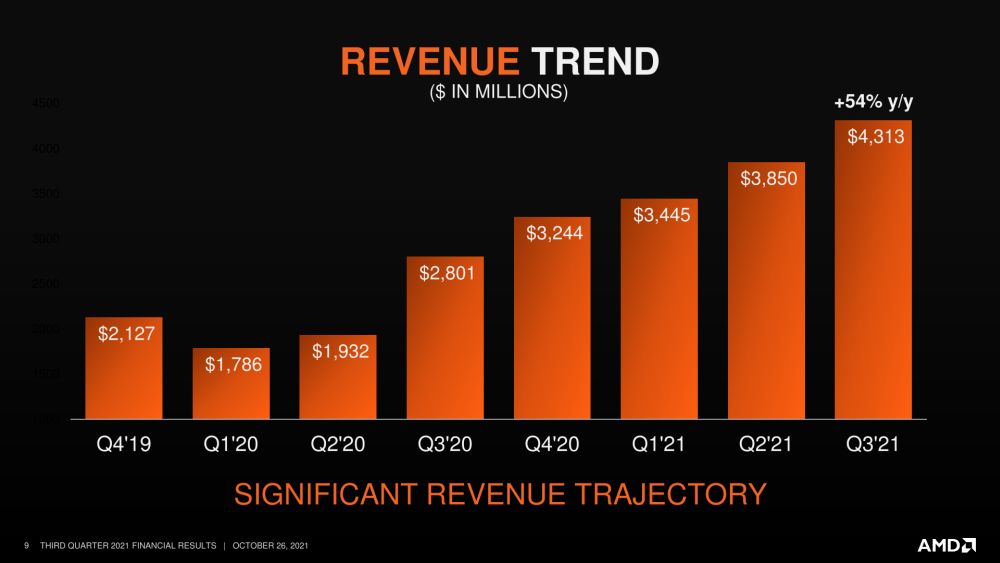 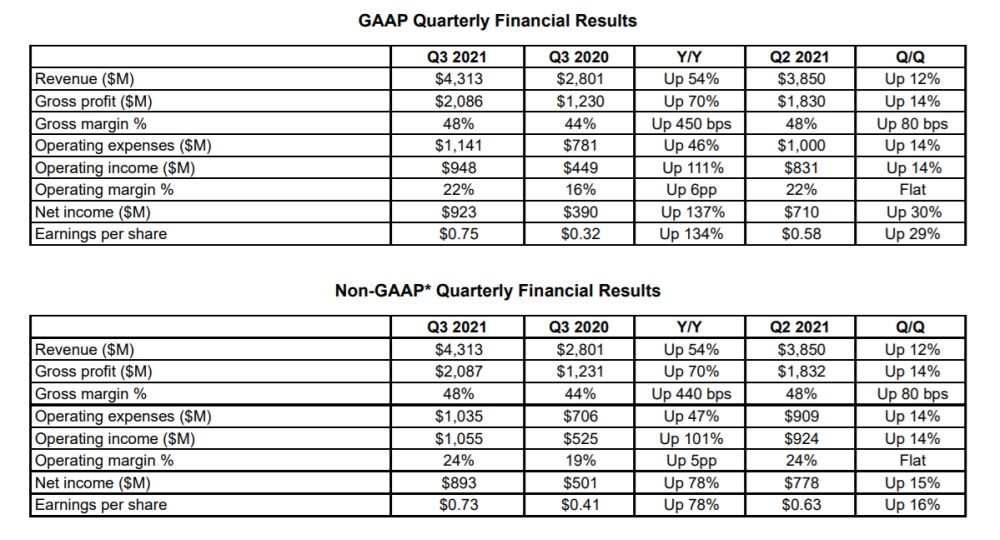 When it comes to AMD's segments, Computing and Graphics and Enterprise, Embedded, and Semi-Custom, both have done pretty well.

The Computing and Graphics segment reported a revenue of $2.4B, or 44 percent more than in Q2 2021, with operating income climbing from $348M to $531M. This segment includes AMD's CPU and GPU sales, both in the desktop and mobile market, so it appears that AMD is doing quite well on both fronts, but its bread and butter still remains the desktop market. AMD gave a bit of insight on GPU sales as well, suggesting that it has been driven up by high-end Radeon sales as well as AMD Instinct sales, which doubled on yearly basis thanks to the first CNDA2-based accelerator which started shipping in Q2 2021.

When it comes to AMD's Enterprise, Embedded, and Semi-Custom segment, we are looking at revenue of $1915M, a good 69 percent increase compared to the same quarter last year and a healthy rise of 20 percent compared to the previous quarter. AMD said that both server and semi-custom (console chips) sales are up, suggesting that its Milan servers are selling well and that the company managed to ramp up the production of those console chips.

AMD expects good Q4 2021 results, with revenue of $4.5B, +/- $100M, and even expects gross margin to go up by 1.5 points. Operating expenses are expected to go up as well. Surprisingly, we did not get any updates on how the Xilinx acquisition will impact its financial report, as this one should be finalized by the end of this year. 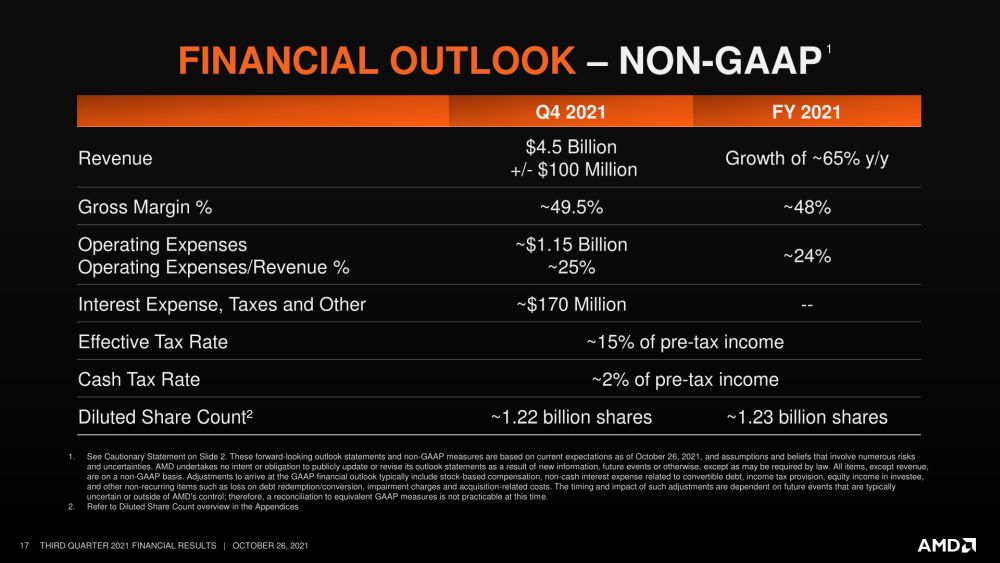 AMD will be holding its Accelerated Data Center Premiere event on November 8th, and although we are only hearing whispers about subjects, it will probably focus on its next-gen Instinct products as well as updates on future EPYC parts.

Rate this item
(5 votes)
Tagged under
More in this category: « Western Digital has SN750 and SN850 SSD deals on Amazon.com China wants a more civilised internet »
back to top