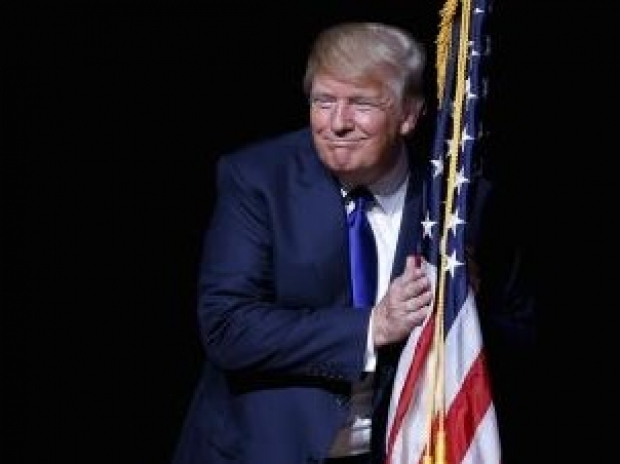 Donald Trump’s attempts to create his own social media after getting kicked off twitter for arranging an armed coup are running up against a few legal hurdles.

Firstly there was a problem with cash. Trump is largely shut out of the mainstream financial industry because of his history of bankruptcies and loan defaults. Running the finances of the country apparently was OK, but Wall Street is less forgiving with real money.

To fund the Truth social network, Trump merged it with a special purpose acquisition company (or "SPAC"), reports the New York Times. "The result is that Trump  secured nearly $300 million in funding for his new business."

However, to get the deal done, Trump ventured into an unregulated and sometimes shadowy corner of Wall Street, working with an unlikely cast of characters: the former "Apprentice" contestants, a small Chinese investment firm and a little-known Miami banker named Patrick Orlando. Orlando had been discussing a deal with Trump since at least March.

That was well before his SPAC, Digital World Acquisition, made its debut on the Nasdaq stock exchange last month. In doing so, Orlando's SPAC may have skirted securities laws and stock exchange rules, lawyers said.

SPACs aren't supposed to have a merger planned at the time of their IPO. Lawyers and industry officials said that talks between Orlando and Trump or their associates consequently could draw scrutiny from the Securities and Exchange Commission.

Another issue is that Digital World's securities filings repeatedly stated that the company and its executives had not engaged in any "substantive discussions, directly or indirectly" with a target company — even though Orlando had been in discussions with  Trump.

Given the politically fraught nature of a deal with Trump, securities lawyers said that Digital World's lack of disclosure about those conversations could be considered an omission of "material information".

The Times adds that Trump had previously even discussed merging Trump Media with a smaller SPAC created with help from the same Shanghai-based investment bank — which "specialised in helping Chinese companies list on US stock exchanges".

Given that Trump pushed China as the US pariah the idea that he was thinking of forming a patriotic US social media company based on Chinese money is amusing. It is a bit like building a wall to keep Mexicans from crossing the border and demanding Mexico pay for it.

Meanwhile the open source software that Trump is using for his social media site might be illegal. The company that wrote the software,  Mastodon, has sent former President Donald Trump's company a formal notification that it's breaking the rules by using Mastodon's open-source code to build its social network, named Truth.

In a blog post Mastodon's founder Eugen Rochko said that Trump Media and Technology Group (or TMTG), was violating Mastodon's software license by not providing the source code for the site built on top of it. Trump's group has 30 days from when the letter was sent to comply with the licence or stop using the software, or it could lose the right to do so.

A test version basically had the same interface as Mastodon, and that some of the code for the site was unchanged from the other social network's code. By itself, that's actually the intended use of open-source software -- but as the Software Freedom Conservancy pointed out last week, apps or websites based on software that uses the AGPLv3 license have to in turn provide their own source code.

According to the foundation that wrote AGPL, it's meant to make the community's software better: if you improve on something that someone else made, they should be able to benefit from your work like you did theirs.

As Mastodon and Rochko reiterated on Friday, though, TMTG hasn't done that -- it even went as far as to call its software "proprietary" and seemingly tried to hide the fact that it was based on Mastodon. Now that the Truth has been revealed, however, TMTG will either have to rebuild it without using Mastodon's code -- a tall order, as bootstrapping a social network site isn't particularly easy -- or release its source code and change the terms of service.

Last modified on 01 November 2021
Rate this item
(20 votes)
Tagged under
More in this category: « Oracle JDK is free for production use Courts slow to catch up with data stored by companies »
back to top