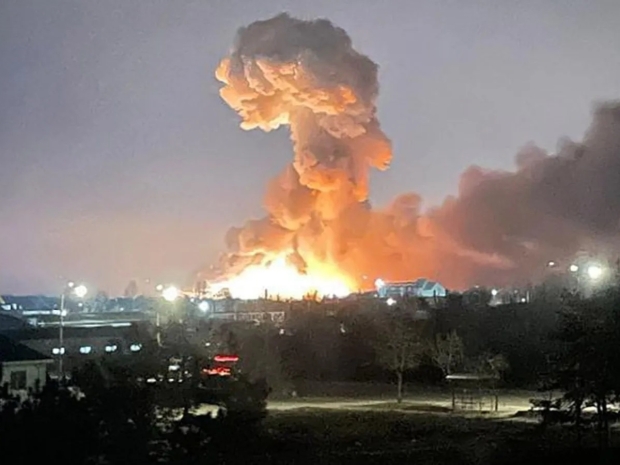 Shedloads of Ukrainian developers are working through the Tsar Putin’s invasion.

Software development outsourcing company Daxx said that Ukraine is home "to a massive community of software developers who work remotely for companies all over the US and Europe.

There were 200,000 Ukrainian developers in the country in 2020, Daxx, which says that 20 per cent of Fortune 500 companies have their remote development teams in Ukraine.

"As major cities across Ukraine endure devastating attacks that have seen buildings reduced to rubble, company leaders in the US and Europe have expressed awe at their Ukraine-based staff. Those developers, along with other Ukrainian civilians in the country, are now being forced to defend their homes and cities while sheltering from Russian bombs. But many are still continuing to remotely work for their employers, supporting the local defense effort by day while sending in their deliverables by night,” Dax reports.

Logan Bender, chief financial officer at a San Francisco-based software licensing company posted on Instagram that “One of his team’s is sending deliverables from a “fucking parking garage in Kharkiv under heavy shelling and gunfire in the area.”

"We of course told them all deliverables are off the table. Nothing of you expected other than to let us know how we can help other than wiring money and getting their visa process going," he said.

Eric Hovagim, CEO and founder of Los Angeles-based betting platform Pogbet, told CNBC. "Our lead front-end developer fled to Lviv to his parents' rural house 40km outside the city and is still submitting pull requests. He's returning to Lviv tomorrow morning to continue his work while helping with the fight."

Ukrainians in IT-related fields are also deploying their skills for the fight at home. Employees at a local digital marketing agency in Kyiv are helping carry out cyberattacks against Russian entities in collaboration with Ukraine's Ministry of Digital Transformation.

A local Telegram channel dedicated to crowd-sourcing programmers to carry out cyberattacks against Russia has nearly a million subscribers.

Last modified on 07 March 2022
Rate this item
(0 votes)
Tagged under
More in this category: « Python might be collateral damage in Ukraine A relationship with Bill Gates is apparently toxic »
back to top