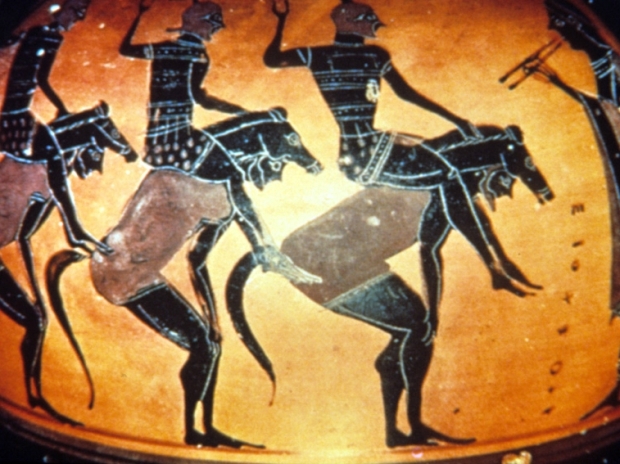 AI software can help historians interpret and date ancient texts by reconstructing works destroyed over time, according to a new paper published in Nature.

A team of computer scientists and experts in classical studies led by DeepMind and Ca' Foscari University of Venice trained a transformer-based neural network to restore inscriptions written in ancient Greek between 7th century BC and 5th century AD.

Named "Ithaca" after the home of legendary Greek king Odysseus, the AI can estimate when the text was written and where it might have originated.

By recovering fragments of text on broken pieces of pottery or blurry scripts, for example, researchers can begin translating them and learn more about ancient civilisations.
Greek was chosen because the variable content and available context in the Greek epigraphic record made it an "excellent challenge" for language processing, plus the large body of (digitised) written texts to train the model.

An image of the text is scanned and fed into Ithaca for analysis. It works by predicting lost or blurry characters to restore words as outputs. The software generates and ranks a list of its top predictions; epigraphists can then scroll through them and judge whether the model's guesses seem accurate or not. The best results are reached when humans and machines work together. When experts worked alone, they were 25 per cent accurate at piecing together ancient artefacts, but when they collaborated with Ithaca the accuracy level jumped up to 72 per cent. Ithaca's performance on its own is about 62 per cent, for comparison. It's also 71 per cent at pinpointing the location of where the text was written, and can date works to within 30 years of their creation between 800BC and 800AD.

The team masked portions of the text and tasked the model with filling in the blanks. Ithaca analyses other words in a given sentence for context when generating characters.

DeepMind is now adjusting its model to adapt to other types of old writing systems, like Akkadian developed in Mesopotamia, Demotic from ancient Egypt, to Mayan originating from Central America and ancient Hebrew.

Last modified on 11 March 2022
Rate this item
(1 Vote)
Tagged under
More in this category: « Meta allows you to call for the death of Putin and Russian soldiers Tsar Putin says patent theft is ok if the inventor disagrees with him »
back to top