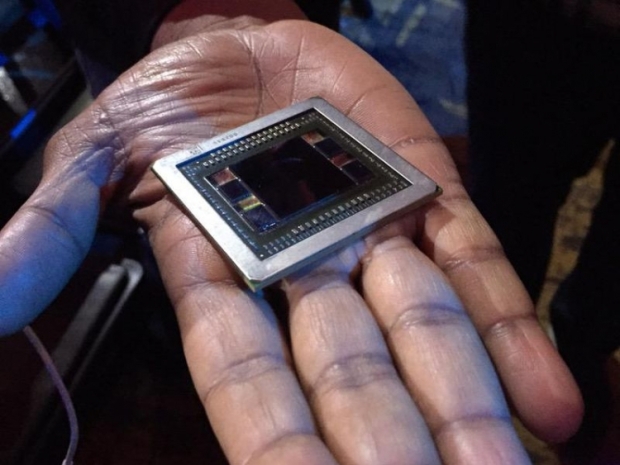 But the future looks good

Jon Peddie Research (JPR) has released its report for Q1 2022 GPU shipments, which reached 96 million units, or a drop of 6.2 percent.

According to JPR, the slight drop in GPU shipments can be attributed to disturbances in China, Ukraine, and the pullback from the lockdown elsewhere.

On the other hand, JPR says that the GPU and PC market are solid over the longterm, with GPUs expected annual growth rate of 6.3 percent during 2022-2026. Over the next five years, JPR expects a penetration of discrete GPUs in the PC market to grow to reach a level of 46 percent.

When it comes to companies, AMD's overall market share rose by 0.7 percent, while Nvidia managed to get an even higher increase of 1.69 percent. Intel has dropped by 2.4 percent.

As noted, the overall GPU unit shipments have decreased by 6.2 percent compared to the last quarter.

JPR notes that the first quarter is typically flat or down compared to the previous quarter.

"Consumers are cautious despite new product introductions from AMD, Intel, and Nvidia (AIN) in the second half. Therefore, our forecast for the year is a modest 2% to 3% for GPUs. US real GDP growth will rise 2.3% (year-over-year), according to the Conference Board economic forecast for the US economy, and we expect growth of 2.1% (year-over-year) in 2023", said Jon Peddie, president of JPR. 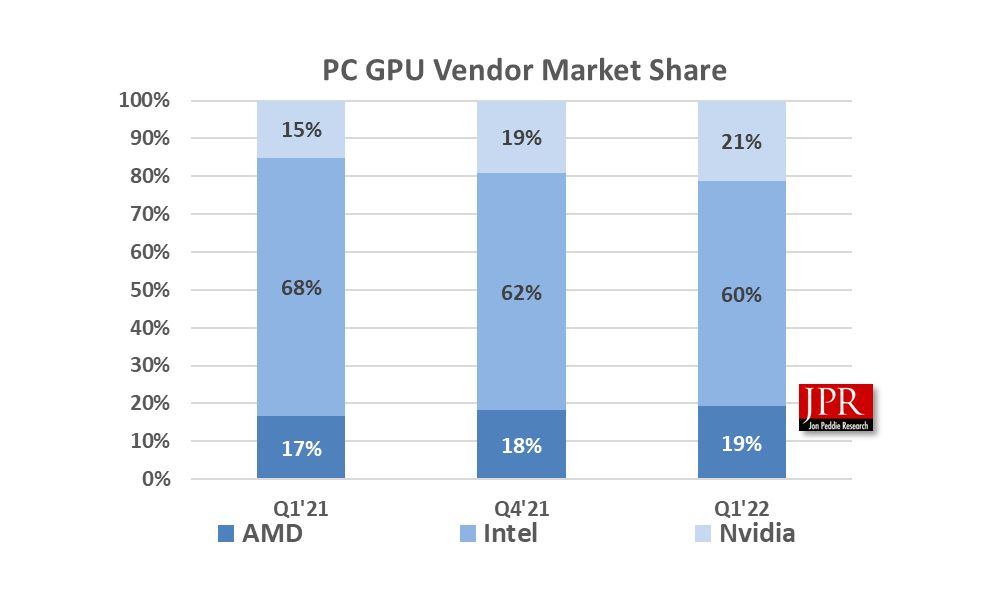 Rate this item
(3 votes)
Tagged under
More in this category: « Elon Musk forces Tesla execs back to office Amazon pulling Kindle bookstore out of China »
back to top