Trump fires himself from his own social media venture 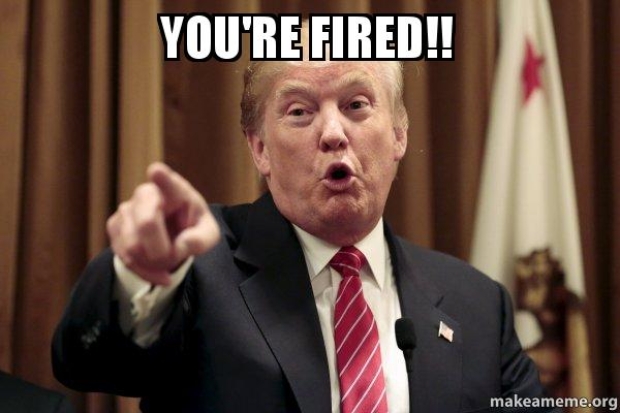 Just before it was hit with SEC and federal subpoenas

Former reality TV star Donald Trump removed himself from the board of his social media venture shortly before it was hit with federal subpoenas "by both the Securities and Exchange Commission and a grand jury in Manhattan."

On 8 June, Trump who was the chairman of Trump Media and Technology Group, Kashyap Patel, Trump's former point man in the White House; Scott Glabe, a former assistant to Trump who was counsel for the media company; and Donald Trump, Jr mysteriously left the organisation.

Two weeks later the company was served with a subpoena from the SEC. Trump's media company owns Truth Social which was created after Trump was banned by Twitter for inflammatory remarks concerning the insurrection.

Journalist Chris Anderson uncovered another subpoena issued by the Southern District of New York on 1 July 1 suggesting that a "potential criminal investigation is in progress.

The investigations appear to be related to a proposed merger between Trump's media company and a blank-check company called Digital World Acquisitions.
What caught the attention of regulators, Anderson wrote, was that Digital World and Trump Media and Technology Group were engaged in "premature" discussions about fundraising for their merger, which is prohibited before a venture officially goes public.

Anderson pointed out that "the merger between the two companies could reportedly mean $1.3 billion in capital and a listing on the stock exchange for the new company."

According to Digital World's filing, the grand jury subpoenas served on Trump's company were seeking a 'subset of the same or similar documents demanded in subpoenas to Digital World and its directors," Anderson found.

The SEC's subpoena seeks 'documents relating to Digital World and other potential counterparties for a business transaction involving TMTG.

Last modified on 08 July 2022
Rate this item
(3 votes)
Tagged under
More in this category: « TSMC does better than expected UCLA could give nerds muscles »
back to top