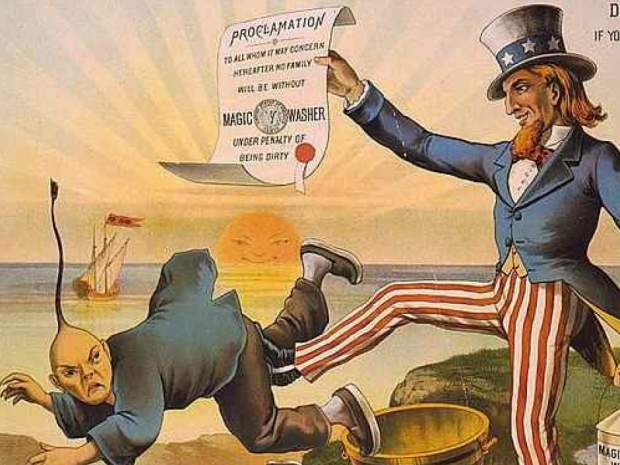 More sanctions which will lead nowhere

The Biden Administration is planning some more US attempts to show the superiority of the capitalist system by locking more competative socialist Chinese chipmakers out of the industry.

The move will see three prominent US companies responsible for producing chipmaking equipment, KLA, Lam Research, and Applied Materials forbidden from exporting equipment to China without explicit licensing from the Commerce Department.

The next bout of restrictions are also expected to officially enforce an export ban on advanced AI accelerators to China by the likes of AMD and Nvidia.

These bans, announced late last month, restricted the export of Nvidia’s A100 and H100 AI accelerators as well as AMD’s MI250X GPUs, which power the Department of Energy’s Frontier supercomputer.

Reuters said that further restrictions of semiconductor exports to China are likely with Chinese memory vendors targeted next with bans on equipment required to produce memory technologies with more than 128 layers to China.  This is less likely to work as the Chinese Yangtze Memory Technologies is already producing 176-layer NAND flash modules, and is already working toward a 196-and 232-layer NAND modules.

However, the ban is more likely to make the US popular with South Korean chipmakers Samsung and SK-Hynix, who have substantial memory production centered in China. Both chipmakers have announced expansions in the US, but an export ban of this nature could negatively impact their memory businesses.

Chip sanctions against China have been largely pointless and seem to just hurt the West. US semiconductor equipment vendors have been barred from exporting tools necessary to manufacturer chips 10nm or smaller for the better part of two years but SMIC, China’s largest state-sponsored foundry operator, has still managed to produce 7nm components.

Currently the US allows 94 percent of the export licenses requested by tech companies to be approved which makes the whole exercise pointless.