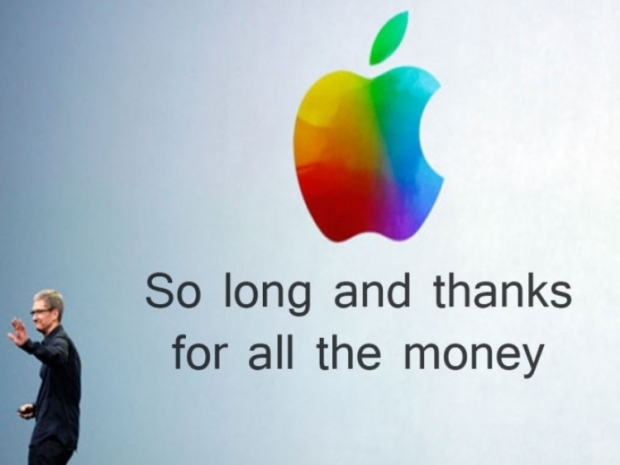 Not sure the US government will be happy about that

Apple’s favourite newspaper The New York Times has discovered, that much to its horror, that Jobs’ Mob has not joined in the anti-Chinese bashing other Big Tech companies have been doing.

As the US government is spending a fortune trying to shore up its own tech companies from an invasion of cheap and cheerful Chinese products, Apple has been providing one of its partners YMTC with technical support.

The Times found that Apple assisted YMTC in hiring engineers from established Western companies to improve its yields and productivity, according to the NYT report that cites three people familiar with the matter.

YMTC's 3D NAND devices use the company's Xtacking architecture. That consists of two separate wafers bonded together to build ultra-dense and ultra-fast flash memory devices that can power the best SSDs.

Apple uses 3D NAND across the vast majority of its products, it's important to diversify its supply as it helps to get better prices from each manufacturer. Helping YMTC to ramp up production means there will be more 3D NAND devices to choose from at lower prices.

However, this is certainly against the spirit of what the US government on both sides of the political spectrum wants. Both Donald Trump and Joe Biden have imposed severe sanctions against Chinse semiconductor and supercomputer industries.

The Times is confident that Apple will toe the line and withdraw its aid from YMTC, but so far neither company has said anything about it.