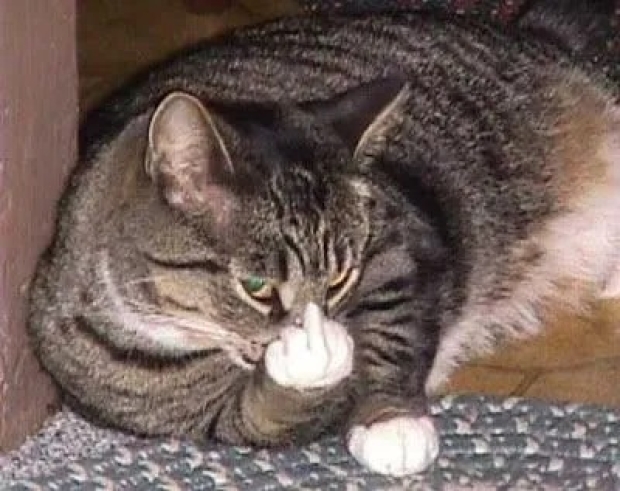 They really hate you

A new study has labeled smartphones as packed full of nasty biological toxins that could probably kill an robust and healthy hippo.

A new study being presented at this year’s American College of Allergy, Asthma and Immunology (ACAAI) Annual Scientific Meeting in Louisville, KY, showed elevated levels of cat and dog allergens, as well as β-D glucans (BDG) and endotoxin on simulated phone models.

Hana Ruran, lead author on the study said that smartphones showed elevated and variable levels of BDG and endotoxin, and cat and dog allergens were found on smartphones of pet owners.

“BDGs are found in fungal cell walls and have been found in many environments and surfaces causing chronic airway and irritant symptoms – making BDGs a consistent marker to study problematic mold. Endotoxin is a potent inflammatory agent and a marker of exposure to Gram negative bacteria.”

The researchers created phone models that had a similar size and surface to a real phone and the front surface of the phone model was wiped as part of the test. Electrostatic wipes (ESW) were used to sample simulated phone models of 15 volunteers and the “phones” were then measured for allergens, BDG and endotoxin levels.

The chemicals used in the mixture solutions for cleaning (chlorhexidine, cetylpyridinium chloride, tannic acid and benzyl benzoate) can be purchased through laboratory or chemical suppliers but are not commercially available in the same concentrations as used in the study. Isopropyl alcohol wipes were also tested for their cleaning properties.

Sure, you can kill all the bacteria with a combination chlorhexidine/cetylpyridinium, but few people actually bother. However, if they have allergies or asthma, the study suggests cleaning your smartphone might be sensible.

Last modified on 11 November 2022
Rate this item
(2 votes)
Tagged under
More in this category: « NSA wants companies to move to memory safe languages EU watchdogs accused of Sony bias »
back to top