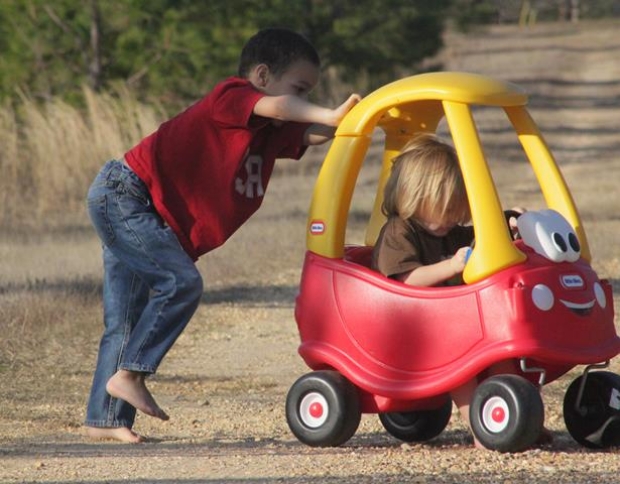 A super-cool feature that no one else has invented

Fruity cargo-cult Apple will try to flog a "super-cool" self-driving electric car with the unique feature not thought of by those in the car industry -- its cars will use a human to drive them.

For a while now, there have been cynics in the industry who have been saying that Apple's chance of getting an self-driving electric car into the market are about the same as Steve Jobs' rising from his unmarked grave. Jobs' Mob has refused to give up on the idea, despite lacking a company to make the car according to its rules, or the technology to do it.

Now, it seems that Apple has gotten past the technology problem by pretending that it never needed a self-driving compontent for a self-driving car in the first place. Bloomberg sources say the EV, codenamed Project Titan, is no longer a fully self-driving machine. It will reportedly have a conventional wheel and pedals, and will 'only' drive itself on highways. The company has also pushed the launch back by a year to 2026.

So, basically, Apple will produce a product, if it can find a manufacturer, which will argueably do less than any other electric car out there.

The Tame Apple Press has done its best to say that  Full Level 5 autonomy (where a vehicle can drive itself in any circumstance) still isn't a practical reality. The line is that regulators make it too difficult to get fully self driving cars on the roads.

A switch to a semi-autonomous design could lead to fiercer competition with people like Tesla, if Elon Musk has not had to sell the company to pay for another extravagant purchase, or more established carmakers who should clean Apple's clock.