Vizio has been working hard to grab a piece of the PC market and it looks like CES 2013 is the right place for Vizio to try to snatch a piece of the tablet pie by launching its first Windows 8 tablet.

Built around an 11.6-inch 1080p screen, the Vizio Tablet PC is based on AMD's Hondo dual-core Z-60 APU clocked at 1.0GHz. In case you are wondering, the Z-60 features AMD Radeon HD HD 6250 GPU with 80 shader units. The rest of the specs include 2GB of RAM, 64GB of SSD storage, 2-megapixel front camera, micro HDMI and micro USB ports.

It is quite an interesting device considering that we have not seen that many AMD based tablets, but unfortunately, Vizio did not reveal any release or price details either. 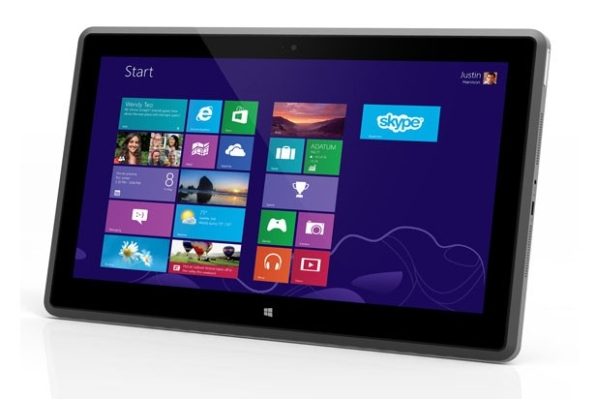 Last modified on 07 January 2013
Rate this item
(0 votes)
Tagged under
More in this category: « Lenovo goes big with Horizon Table PC Vizio shows Tegra 4 tablet as well »
back to top