UHD tablets could be a thing

But they’re still years away

Japan Display has proudly shown off what it claims to be the world’s first 12-inch UHD display. The company hopes the 3840x2160 display will find its way into high-end tablets as early as next year.

The tech press jumped at the opportunity to talk up the 365ppi display and proclaim that 4K/UHD tablets will become a trend in 2014, but this of course is rubbish. Yes , the latest Android version really does feature 4K support and yes, some chipmakers claim they will have 4K capable SoCs soon, but there are plenty of technical challenges that need to be overcome before UHD tablets become a reality.

We can cite the iPad 3 as a good example – it ended up a bit thicker than the iPad 2 and it needed a much more powerful processor to handle the extra couple of million pixels. High resolution screens tend to consume a bit more juice than their low-res counterparts, but more importantly they also need much more CPU/GPU muscle and memory. This results in bigger batteries and higher component costs. 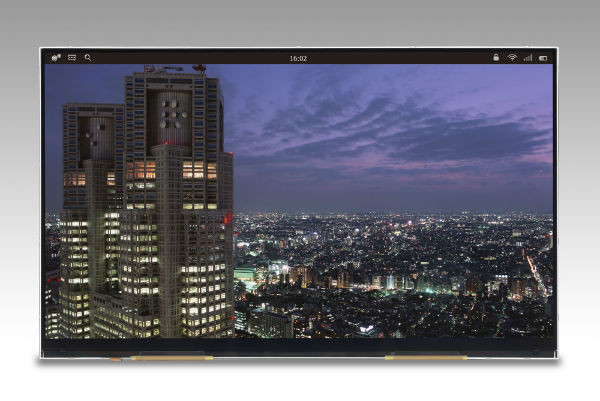 The new iPad Air is a good example of a high-res tablet done right. It is amazingly thin and it weighs just a pound. However, it took Apple two years and two hardware generations to finally get there and design a Retina iPad that is significantly thinner and lighter than the ancient iPad 2, but with a 2048x1536 display. Since Apple didn’t change the resolution this time around, it is safe to assume that it will use the exact same resolution in the next iPad refresh. In other words Apple won’t have a 4K/UHD tablet before late 2015, if then.

And why should it? At 365ppi the 12-inch Japan Display panel has more pixels per inch than an iPhone, yet it’s meant for tablets that really don’t need such a high ppi count. The highest resolution Android tablets (2560x1600) have a pixel density of 300 ppi, yet they’re sharp enough to slice garlic, Goodfellas style.

There are practically no SoCs that can deliver the necessary GPU performance and there are no apps that would benefit from such resolutions – the truth is that most users just wouldn’t be able to tell the difference between a 10-inch 2560x1600 and 3840x2160 display, but bigger numbers just tend to sell better.

You can check out the spec sheet here.

Rate this item
(0 votes)
Tagged under
More in this category: « iPad Air and Mini LTE supports 14 LTE bands Tegra Note 7 to launch November 12 in US »
back to top