Asus has unveiled its newest Zenbook notebook during Computex 2014, the Zenbook NX500 Ultrabook. Based on the recognizable Asus Zenbook design, with a 15.6-inch 4K/UHD screen, the new Zenbook NX500 surely looks quite impressive and by the looks of it, can give just about any Apple MacBook a run for its money.

Unfortunately, Asus has only announced the new Zenbook NX500 Ultrabook, leaving out all the juicy details. As noted, the Zenbook NX500 will be based around a 15.6-inch 3840x2160 display and based on, yet to be detailed, Intel Core i7 CPU paired up with Nvidia's GTX 850M GPU with 2GB of VRAM and up to 16GB of RAM.

Asus actually managed to pack quite a hardware inside a 19mm thick and 2.2kg heavy 15.6-inch notebook chassis. The Asus Zenbook NX500 design is quite impressive, at least as far as we can see from the press picture.

The rest of the features of the Asus Zenbook NX500 will include titanium-film speakers with SonicMaster as well as ICEpower and Bang & Olufsen technologies which means it will have a decent sound, at least compared to similar notebook.

Unfortunately, Asus did not reveal any details regarding the price or the availability date but we are sure we will hear more about it quite soon. 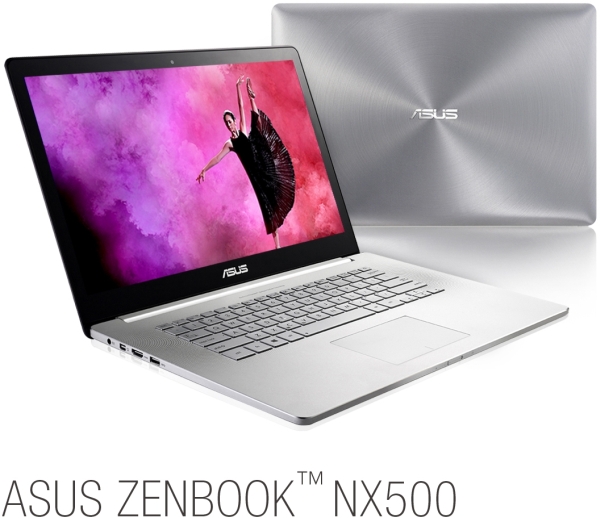