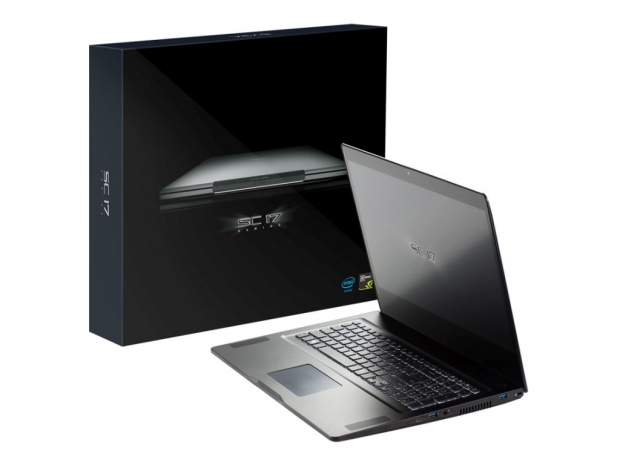 Based on Sharp's 17-inch 4K/UHD 3,840x2,160 IPS panel, the new EVGA SC 17 gaming notebook has a unibody design, making it one of the most sleek desktop-replacement notebooks around with dimensions set at 408x295.5x26.6mm. These dimensions make it thinner than your average 17-inch gaming notebook and it does not come with any flashy design, but rather a simple and sleek look.

As expected, the key component of the new EVGA SC 17 gaming notebook is the Intel Core i7-6820HK Skylake quad-core CPU working at 2.7GHz base and 3.6GHz frequency. As this is an overclocking capable CPU, EVGA has included a couple of overclocking features including Express OC (EOC), an instant overclock via button, true GUI BIOS will all the bells and whistles needed for overclocking and clear CMOS button, if something goes wrong.

A high-end CPU deserves to be paired up with a high-end GPU so EVGA has decided to go for Nvidia's Maxwell-based GTX 980M graphics card with 8GB of GDDR5 VRAM. which should be enough to get a decent amount of details from any game at native 4K/UHD resolution. Although it shares the name with the desktop GTX 980, the mobile GTX 980M is based on GM204 Maxwell GPU with 1536 CUDA cores. It also comes with up to 8GB of GDDR5 VRAM paired up with a 256-bit memory interface. These specifications put the GTX 980M somewhere between the desktop GTX 960 and GTX 970, which should be enough to pull playable framerates with decent amount of eye-candy on most recent games.

As noted, EVGA decided to use a clean and sleek look, rather than to pair it up with some fancy flashing color scheme or RGB keyboards, which is certainly a plus in our book. Instead, EVGA equipped the new SC 17 notebook with a full-sized keyboard with white backlight and Synaptics Clickpad 1.5 touchpad. It also comes with Windows 10 Home 64-bit OS as well as a unique looking 240W power adapter.

Currently, EVGA only offers a single SKU up for pre-order and this one should ship in mid-April. Some reports suggest that we might also see a version with a different screen and support for Nvidia G-Sync but there is no specific release date.

Update: We have been notified that the suggested retail price for EVGA's new SC 17 gaming notebook is actually set at US $2699.99. Unfortunately, the EVGA SC 17 is still not available at EVGA's website but according to our info, pre-orders should start soon.

The EVGA SC 17 gaming notebook has already been reviewed at PC Perspective and it appears that it managed to impress Ryan Shrout as it got PCPer's Gold Award. 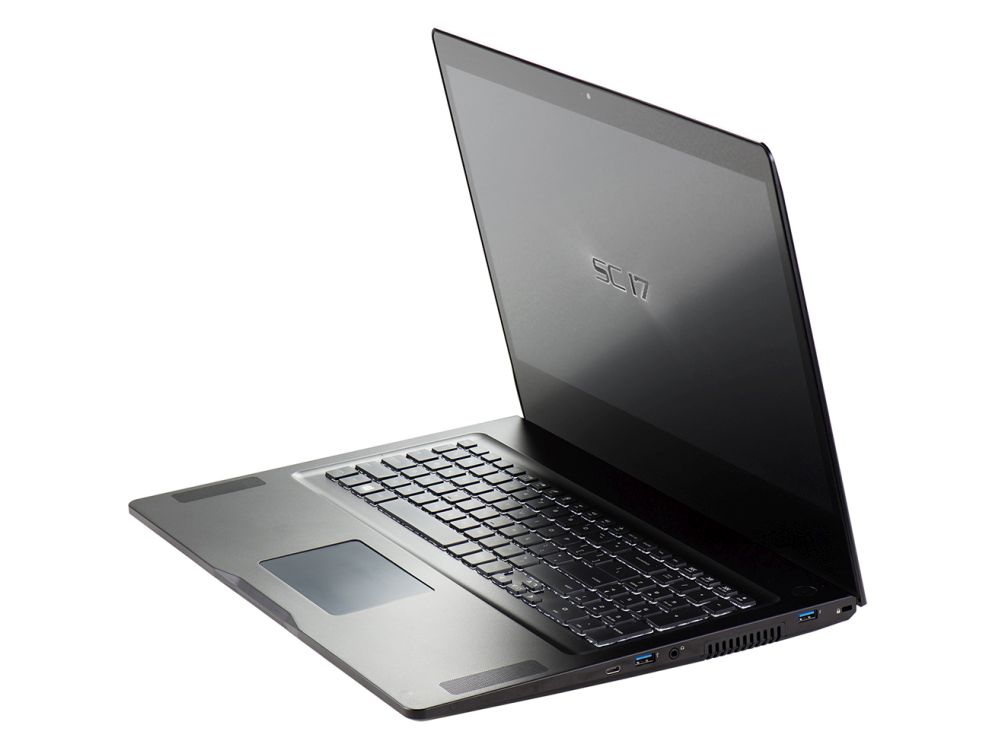 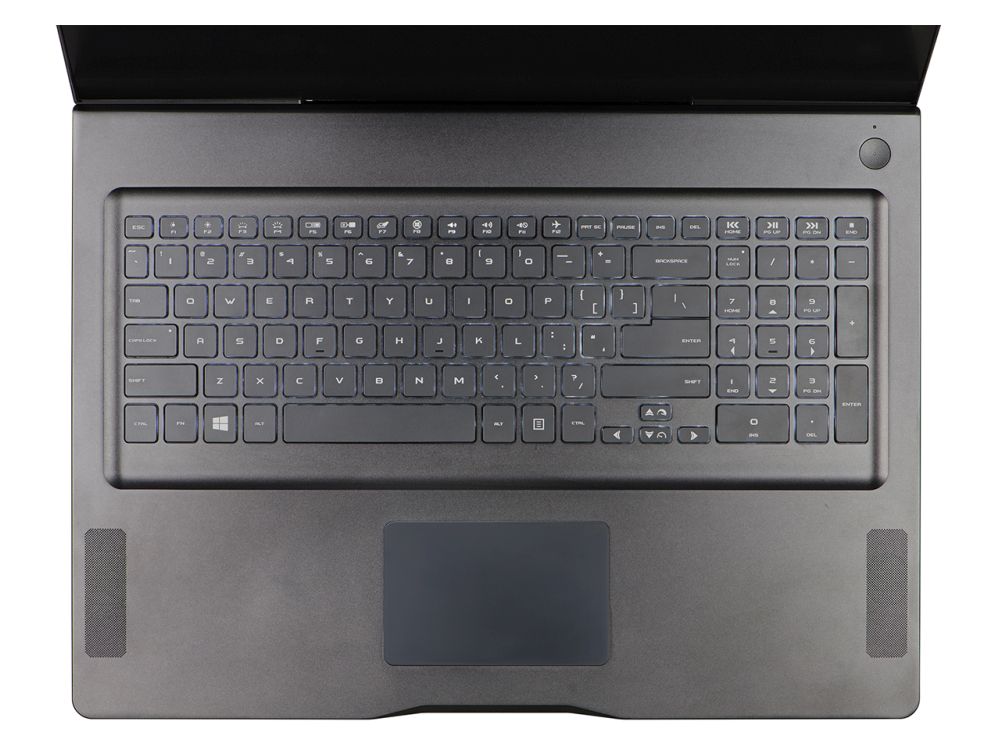 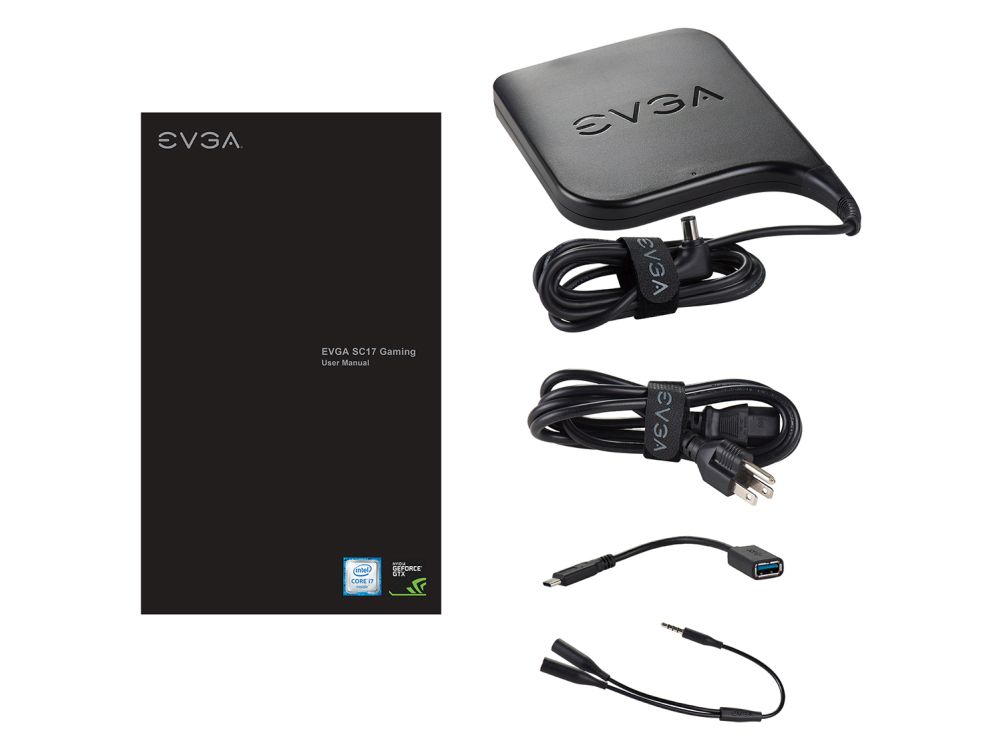 Last modified on 06 April 2016
Rate this item
(7 votes)
Tagged under
More in this category: « Tablet slide faster than expected Lenovo’s Android based Yogabook leaked »
back to top