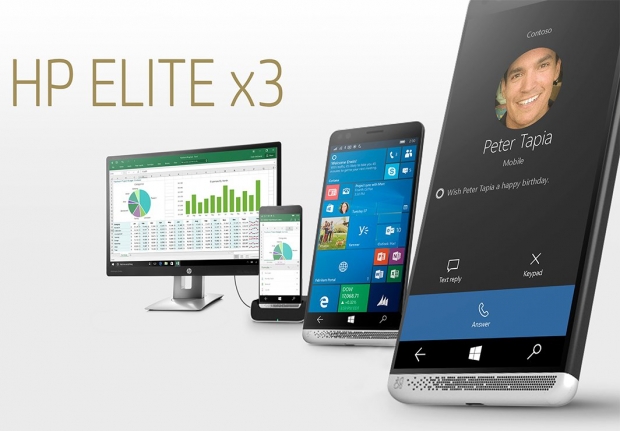 Not really a smartphone

HP has released pricing and availability details for its Elite x3 which is an interesting hybrid of a phone, a laptop and a desktop PC.

It is possible  thanks to Microsoft’s Continuum solution in Windows 10 and when we saw it it was pulling enough power to work well in all three of its roles.

Basically what we are talking about is a phablet which connects to a laptop or desktop dock and with enough grunt to do more than just  token processing.

HP said the new HP Elite x3 will begin shipping on 29 August and will cost $699. This is pretty good given that it is a phablet with 64GB of memory and killer specs. If you spend $799 you will get a Desk Dock, which connects to any monitor and allows you to use the x3 as a desktop PC.

The slot HP is targeting is business where it will mean that companies will only have to manage one device instead of three.

Microsoft tends to have a better reputation for security and meeting enterprise demand than Apple or Android.

The phone will also run Win32 Virtualisation which would be a significant feature for companies. Built around IP 67 and MIL-STD 810G standards the Elite x3 can go where an iPhone or standard Android device cannot.

Needless to say  the Tame Apple Press is furious that this device is out there. We have already seen a few articles which have run down Windows 10 on the mobile while admitted that this particular gizmo is really the bee’s knees.

This is partly because Apple has been desperately trying to get into this market and been signing all sorts of deals with the likes of IBM to do it. However it has largely failed. What is confusing many observers is why Microsoft has not been churning out hardware and software similar to the Elite x3.

Last modified on 19 July 2016
Rate this item
(11 votes)
Tagged under
More in this category: « Intel’s NUC roadmap leaked Surface Pro 3 has battery problems »
back to top