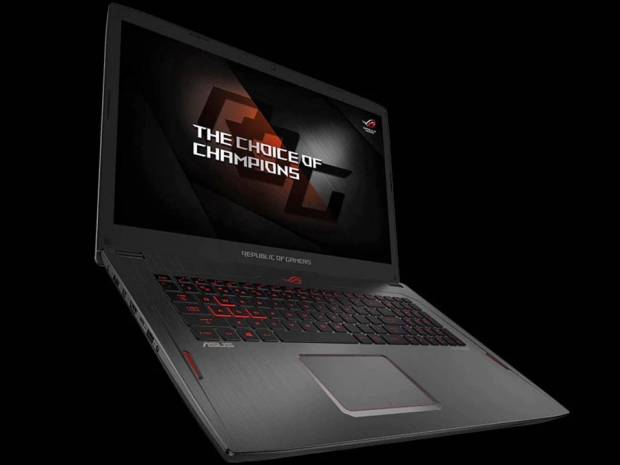 During Computex in Taipei this week, ASUS took the wraps off the world’s first AMD Ryzen-based gaming notebook, the ROX Strix GL702ZC.

The notebook, characterized as a “desktop under the hood”, includes a recently announced Radeon RX 500-series graphics flagship and is expected to become a poster child for mobile benchmarks this summer.

ASUS and AMD surprised the audience at Computex this week when it announced that the ROX Strix GL702ZC would not only include the choice of an 8-core Ryzen 7 1700, 6-core Ryzen 5 1600 or quad-core Ryzen 3 1200, but also bundles in the top-tier Radeon RX 580 based on 14nm Polaris. For ASUS, this notebook represents a milestone as this gaming laptop becomes the company’s first to feature an AMD CPU. Previous ROG gaming products based on AMD designs included Athlon 64 FX processors and were desktop models, until now. 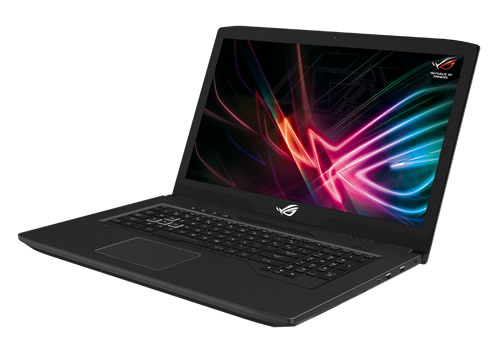 The chassis of the world’s first Ryzen-based gaming notebook is just 1.3 inches (33mm) thick and weighs less than seven pounds (3.18kg). While not quite as ultraportable as Nvidia’s recently announced Max-Q offerings, this gaming workhorse is most likely to compete with the Intel-based ROG G701VI OC Edition (1.3 inches / 7.9lbs), featuring a Core i7 7820HK and Geforce GTX 1080.

As with other notebooks in the ROG Series, the Strix GL702ZC features a brushed aluminum lid and black exterior complete with red backlighting on the keyboard, 30-key rollover, colored caps on the WASD keys, and 1.6mm of key travel.

If mobile Ryzen performs as expected, ASUS will be responsible in part for catapulting AMD back into the mobile gaming spotlight with designs like the ROG Strix GL702ZC. One of the great aspects about Ryzen mobile is that the chips will be much faster than AMD’s previous mobile APU generation, with a focus on maximizing performance-per-watt. So even though the form factor is not quite as sleek as Nvidia’s Max-Q lineup, the combination of Ryzen and Radeon RX 580 may begin a second rivalry for longest performance in the battery life category during mobile gameplay. Unfortunately, no details have been mentioned so far on pricing for the various Ryzen 3, 5, and 7 configuration options, though ASUS says the release window is planned for “later this summer”.

Last modified on 31 May 2017
Rate this item
(0 votes)
Tagged under
More in this category: « Nvidia announces Max-Q technology for gaming notebooks ASUS shows off ROG Zephyrus based on Max-Q »
back to top