ASUS shows off ROG Zephyrus based on Max-Q 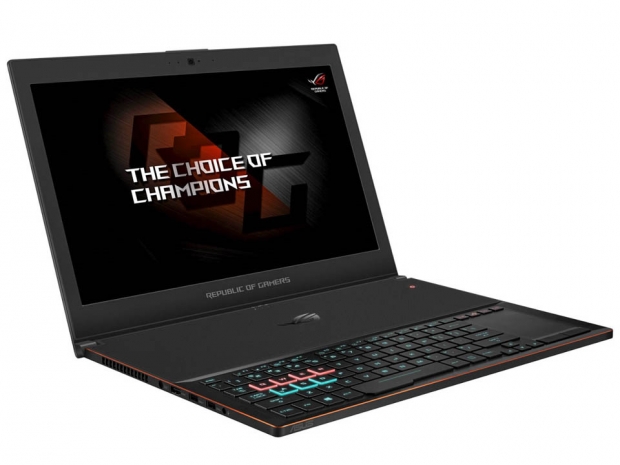 Light enough for a backpack, compelling enough to be a desktop

During Computex in Taipei this week, ASUS also took the wraps off the ROG Zephyrus, a new ultra-thin gaming laptop and the world’s first to feature Nvidia’s new aerodynamic Max-Q laptop design. 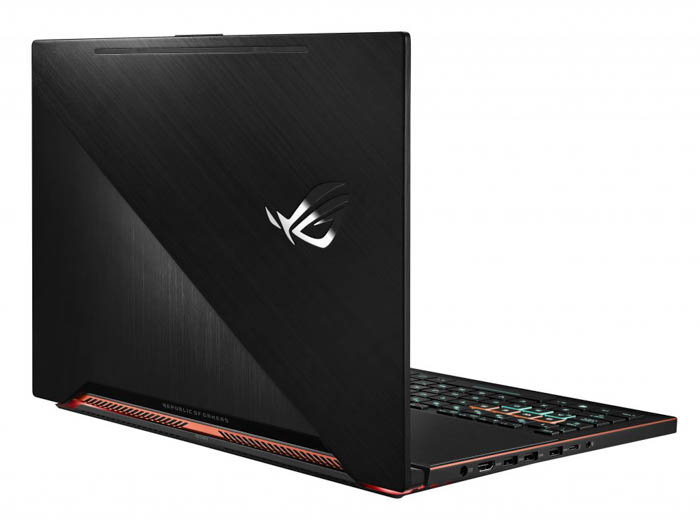 The ASUS ROG Zephyrus features a 15.6-inch G-Sync panel with a 120Hz refresh rate, 100 percent sRGB color gamut, and incorporates wide-view technology for additional visual clarity. The notebook is powered by a quad-core Intel Core i7 7700HQ coupled with a Geforce GTX 1080 8GB, up to 24GB of DDR4 2400MHz, a 1TB NVMe SSD with speeds up to 3,500MB/s, and a Thunderbolt 3 port for maximum flexibility, performance and connectivity options. Other features include four USB 3.1 Type-A (Gen 1) ports, 802.11ac Wi-Fi, Bluetooth, a 3.5mm headphone jack, HD camera and mic, and an HDMI 2.0 port.

16.7mm at its thinnest point

The notebook’s ultraslim profile tapers from 17.9mm to 16.7mm at its thinnest point. The cooling system is based on an ROG-exclusive design called Active Aerodynamic System (AAS), which increases the speed and efficiency of airflow through the laptop and around its external 3D-curvature to dissipate heat from the components more quickly. When the Zephyrus is opened, a portion of the bottom of the chassis will flex to increase airflow volume by 20 percent. When combined Nvidia’s Max-Q enabled GTX 1080, ASUS says the design allows gamers to fully utilize the CPU and GPU in an ultraslim profile without having to worry about temperature throttling or unnecessary performance interruptions.

In terms of noise, the notebook puts out a maximum of 42dBa under maximum load. According to an early review, Nvidia’s new WhisperMode automatically tweaks in-game quality to keep the GPU running cooler on battery, or a maximum of 32dBa of noise.

No pricing for the ASUS ROG Zephyrus has been announced yet, though sources indicate that it will be cheaper than the Max-Q enabled Acer Predator Triton 700 that is launching for €3,900 (~$4,350). The notebook is expected to be available before the end of June, though it may initially start as a niche product due to the high price point. The product is very compelling for its merging of premium aesthetics with flagship performance, as these are usually two categories found on opposite sides of the overall notebook market. Buyers can now have the best of both worlds for a price, but the Zephyrus looks to be a great starting point for what Nvidia can initially do with Max-Q, and how OEMs will incorporate their own cooling technologies into the final product designs.