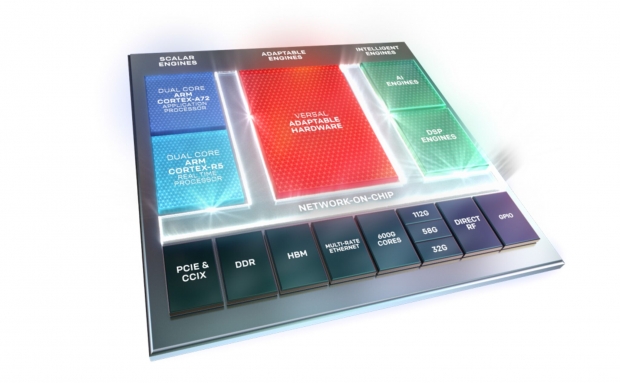 37B transistor chip sampling in weeks

The transformation of Xilinx took the company’ revenue to over three billion for the first time in history, and the big bets that CEO Victor Peng made are starting to pay off. Victor confirmed at the recent company’s financial analyst event that a 7nm chip codenamed Everest and branded as Versal was taped out last year.

Things are on schedule to ship 7nm Versal later this year, and the solution represents the Swiss knife of heterogeneous computing, addressing some key markets including AI, cloud, network infrastructure, 5G, and automotive.

Versal, thanks to its adaptive nature, can address multiple growing markets and can adapt to the needs of specific workloads. Versal is the adaptive compute acceleration platform (ACAP) that got attention over 100 customers in the early access program. They are working on the tools and expecting to get silicon samples.

The Versal chip was taped out last year, and Victor mentioned that the company plans to sample the chips in 2019. Versal packs 37 billion transistors in its 7nm design, and the number itself promises a lot of computational power. Versal 7nm is a single monocytic chip and not chip packaging that became popular for chipset designs. Victor Peng reassured us that this is not the largest chip in the family.

Versal enables 10X performance and power efficiency for many applications. The architectural design of the Versal chip is targeting  the performance and power efficiency of modern applications, and on top of that, pipelines can adapt via programmable part of the chip. ACAP - the adaptive compute acceleration platform -  is a new and innovative product in the AI and general data workload approach.

Versal built from the ground up 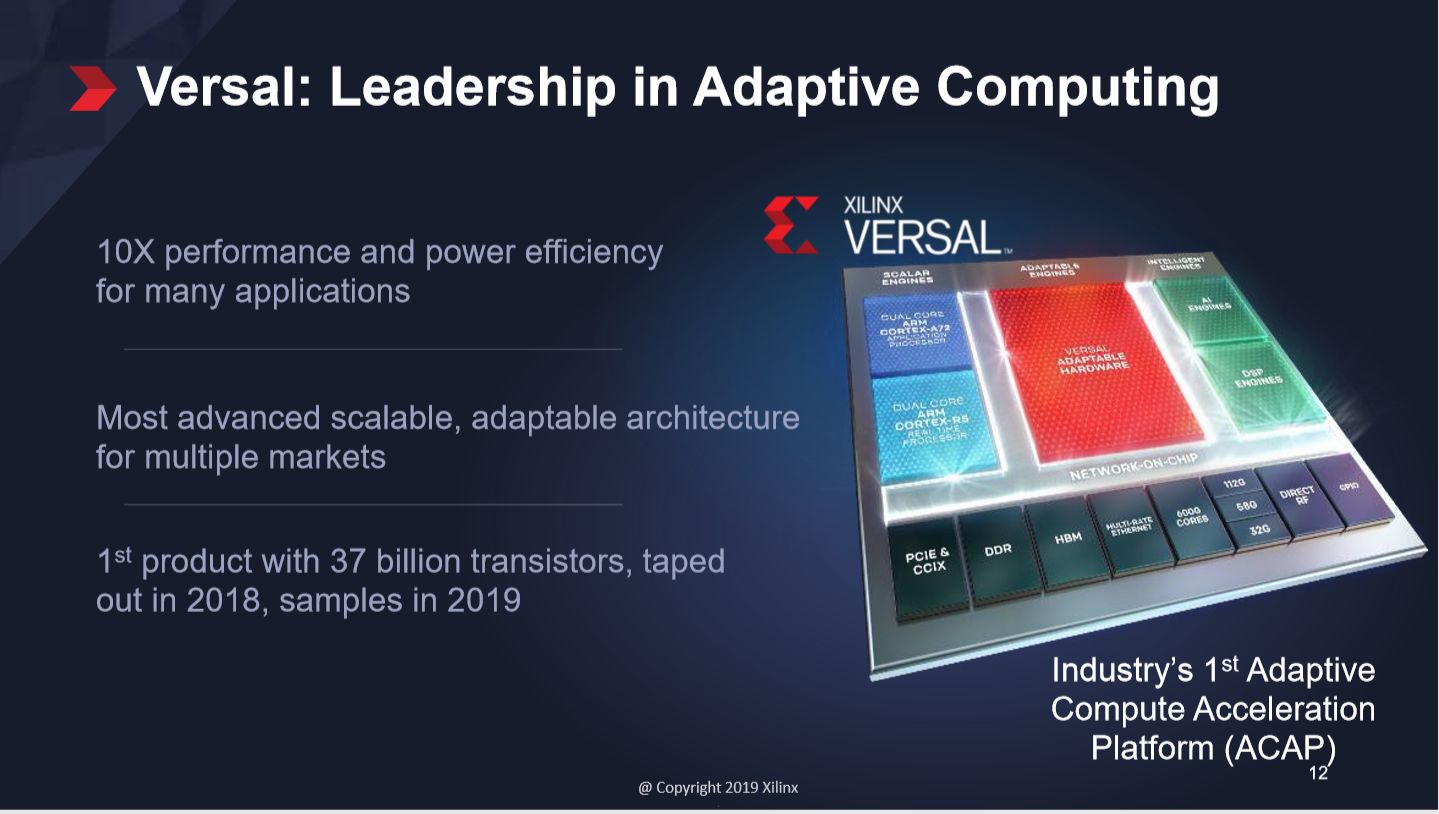 Versal is not an FPGA or the iteration of a Zynq product. Victor reminded us that the chip is based on the whole new architecture, including new AI engine optimized for multiple neural network acceleration as well as any linear algebra intense applications.

Victor calls Versal the most powerful comprehensive architecture Xilinx ever implemented, and it is scalable up for high performance or down for more cost and power sensitivity.

ACAP comes in six series expected over the next couple of years and intented to cover all the markets that Xilinx serves. Xilinx traditionally holds a Xilinx developer conference in early October, and we are sure that the company will be ready to talk more about it then.

Last modified on 30 May 2019
Rate this item
(0 votes)
Tagged under
More in this category: « Nvidia announces EGX British AI experts teach machines to team up and kill »
back to top