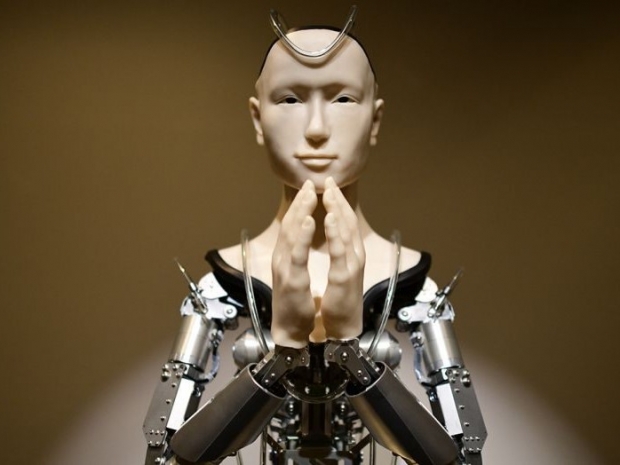 Robot Divine intelligence might have smited Church, Microsoft and IBM

An AI conference in the Vatican included high ranking clergy, executives from Microsoft and IBM and a bloke who had the coronavirus.

A Vatican source said the patient had participated in an international conference hosted by the Pontifical Academy of Life last week in a packed theatre several blocks from the Vatican.

The academy issued a separate statement saying it was informing all other participants of the development by email but did not say it was the same person whose case was announced earlier by Vatican spokesman Matteo Bruni.

The discovery worsened the prospects of the virus having already spread further in the capital of Italy, since most Vatican employees live in Rome and those who live in the Vatican frequently enter and leave the city state.

The death toll in Italy, the worst-hit European country, stood at 197 on Friday. The north of the country has been the most heavily hit and the Lombardy region is in full quarantine.

Bruni said the case was diagnosed on Thursday and that services in its clinics had been suspended to sanitise the areas.

Bruni gave no details on whether the person who tested positive was such an employee or among the relatively few clergy or guards who live inside its walls.

So far 49 people had tested positive for coronavirus in Rome province.

Last modified on 09 March 2020
Rate this item
(0 votes)
Tagged under
More in this category: « US Immigration and Customs Enforcement uses a rigged algorithm Xilinx introduces Versal Premium adaptable accelerator for Core network »
back to top