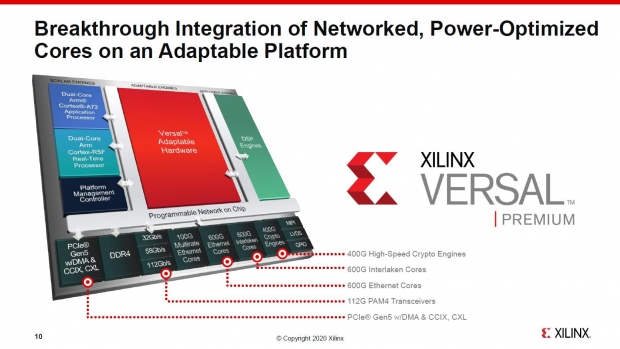 Imagine an FPGA that can replace 22 currently shipping FPGA Adapters and provide a high bandwidth needed for the Internet and 5G demand of the future? That seems the best way to visualize Versal Premium, as this is a product design to address the explosion of data and bandwidth growth.

The new platform was supposed to be unveiled at the OFC The Optical Networking and Communication Conference & Exhibition, but like many others, it got decked due to COVID 19 coronavirus health concerns. The OCP global summit is the best show to showcase new advancement in the Core networks and many other parts of IT.

Mike Thompson, Senior Product Line Manager, High-End FPGAs & ACAPs at Xilinx, helped us understand that OCP is a show where customers expect to see new products and give them a chance to start working on implementing new technology and chips/ACAP products into their next generation products. The core network industry certainly has a different pace of announcements and marketing than some other parts of IT, but it is clear where things will go in the near future.

Bandwidth is expected to increase dramatically and the core network in the near future needs a redesign. If we talk numbers,the  data explosion is likely to bring to 100X area traffic capacity due to an increase in the use of smart devices, video streaming, IoT, and enterprise.

The Core network growth is expected to surpass eight billion dollars in 2024 and bring a 313 percent CAGR Forecast for 5G Core.

Xilinx has come up with a new product line called Versal Premium designed to enable three times bandwidth for the fastest and most secured networks and two times compute density with adaptable acceleration. The product developed into a highly integrated software and hardware platform. Versal fits in the ACAP Adaptive compute acceleration platform and the Versal Premium products are designed to solve bandwidth and core network-related shortcomings. 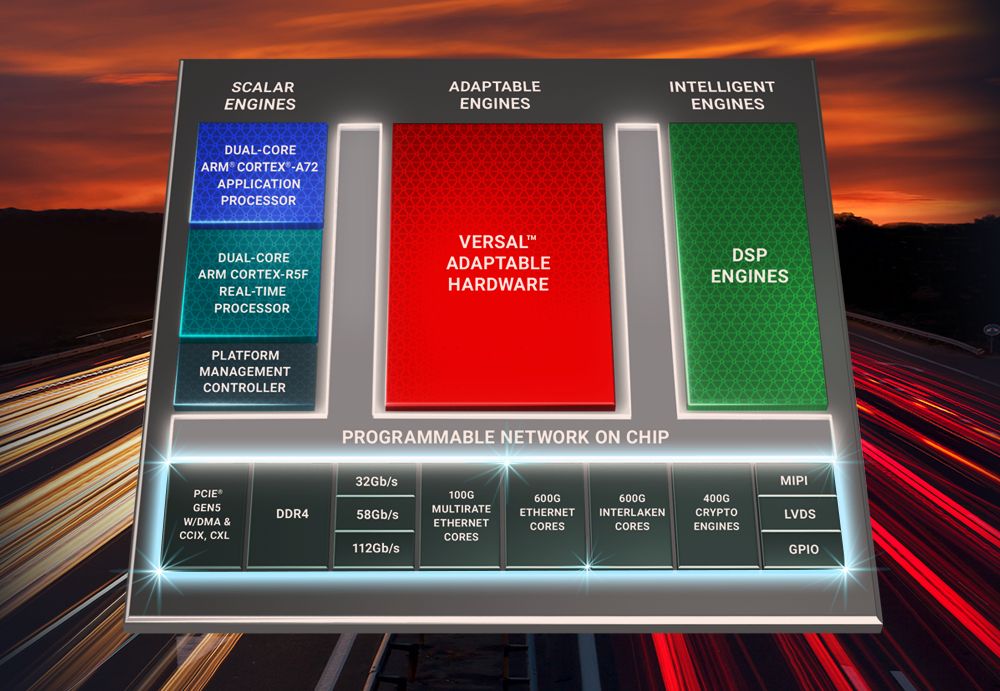 Versal Premium represents a range of products, but they all share 7nm TSMC DNA as well as PCIe Gen 5 & CCIX with DMA.

Versal Premium ACAP VP1802, as the biggest device in the Versal Premium line, delivers the processing equivalent to 22 16nm FPGAs. It supports TensorFlow, Pytorch, Caffe, Spark, FFmpeg, and mxnet frameworks on top of Vitis and Vivado development tools. Versal Premium is designed so the hardware developer can still create custom RTL, hardware IP, and accelerated libraries, adaptable engines, while software developers can use Xilinx Vitis. Data scientists can use any of the familiar frameworks.

Some of the use case scenarios include smart network management where Versal Premium accelerator can use AI to analyze networks and find an alternative path and potentially save some bandwidth. The process is described as AI for network automation anomaly, and it will even help in the self-learning in the network self-provisioning for maximizing uptime (MLP) and auto-detection and -correction of performance bottlenecks. Versal Premium scores four times the bandwidth of Virtex UltraScale+ (VU13P) as it is capable of 2400 Gbit/s bandwidth, versus 600  Gbps with Virtex. If you compared Versal Premium to ASSPs Application-specific standard parts from Microsemi PM6010 DIGI-G5 scores 1200 Gbps (half of Versal Premium) while PM5990 DIGI-G4 scores 400 Gbps or 50 percent less than the current generation Virtex UltraScale+ (VU13P) 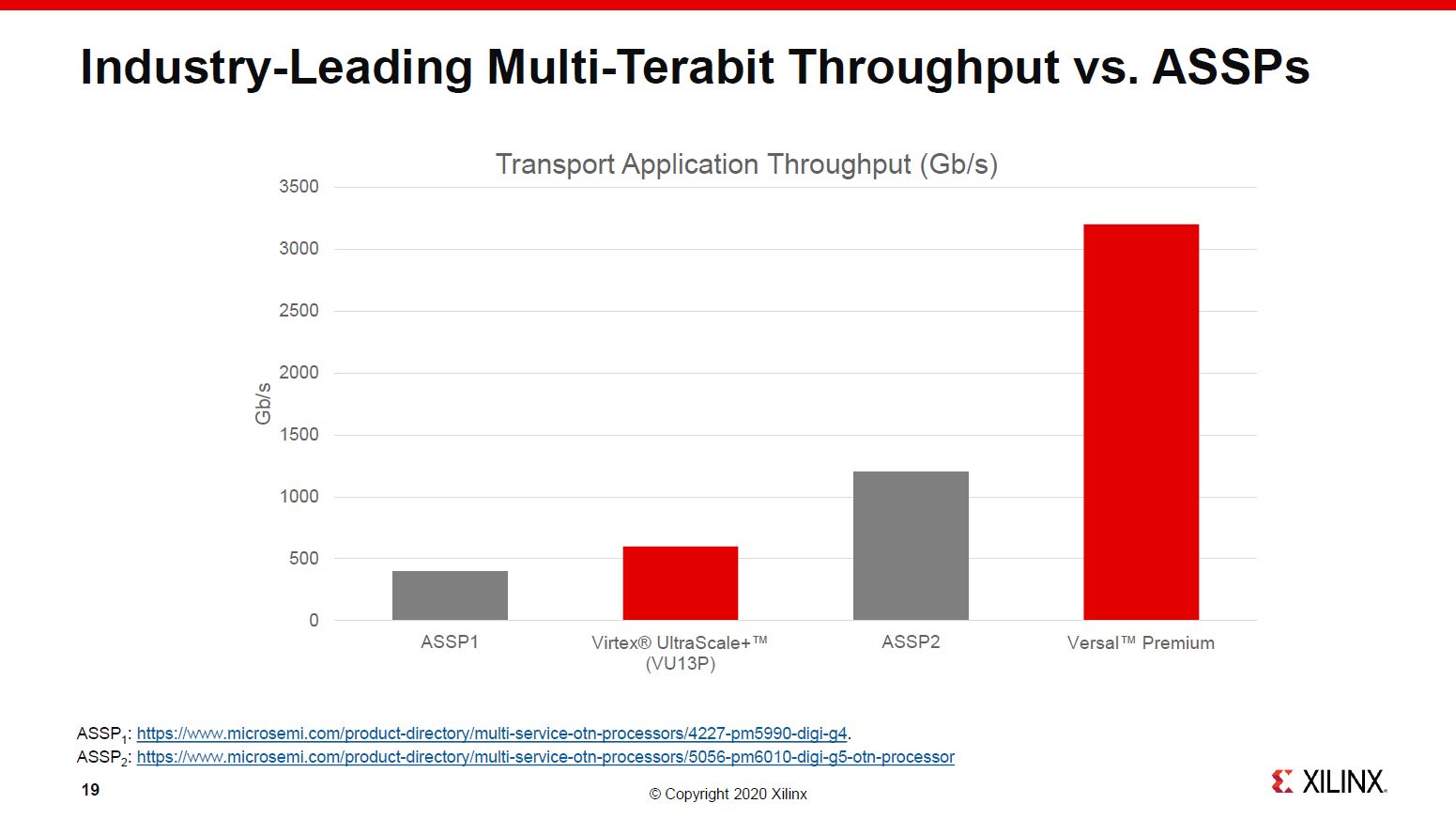 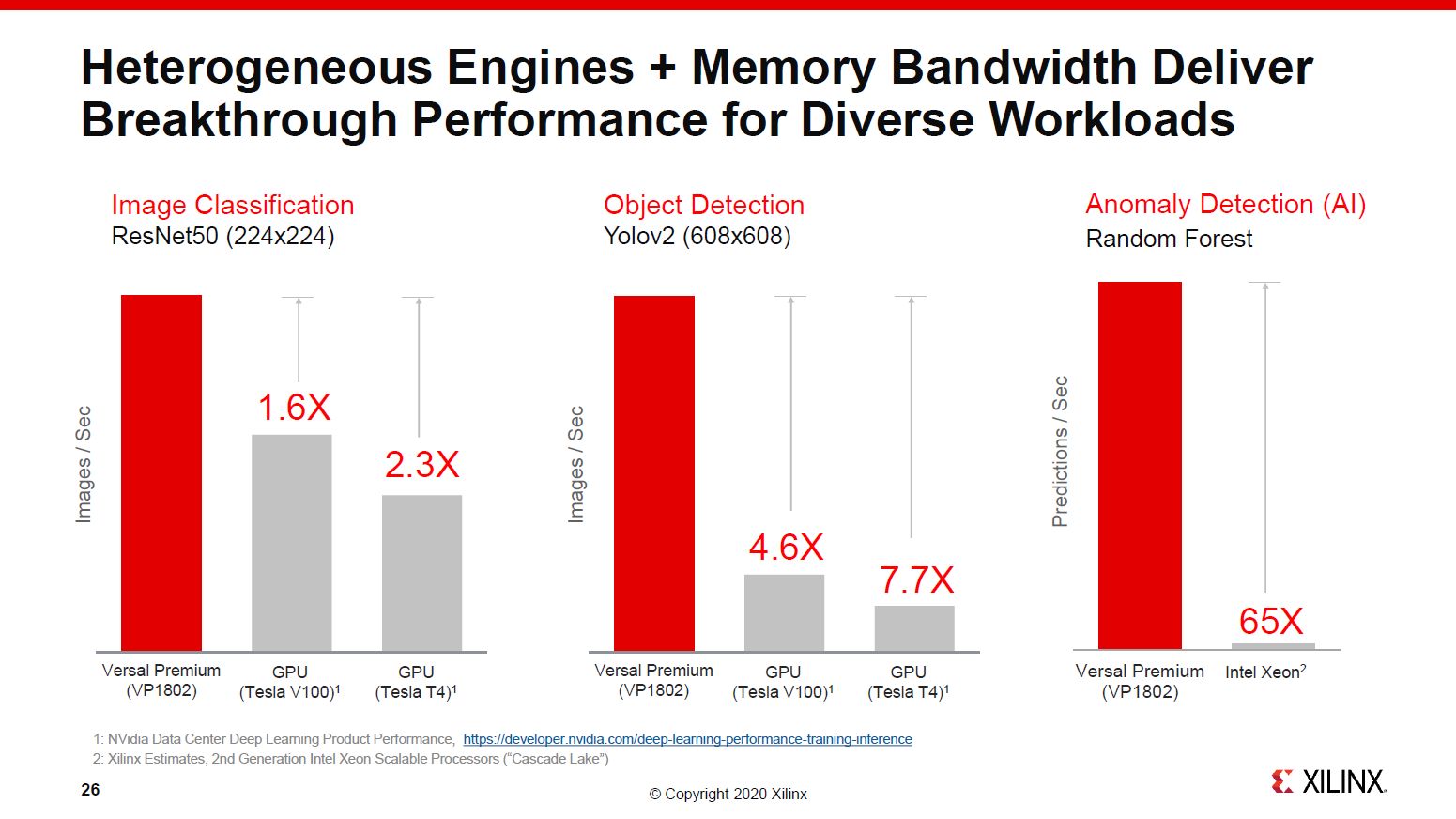 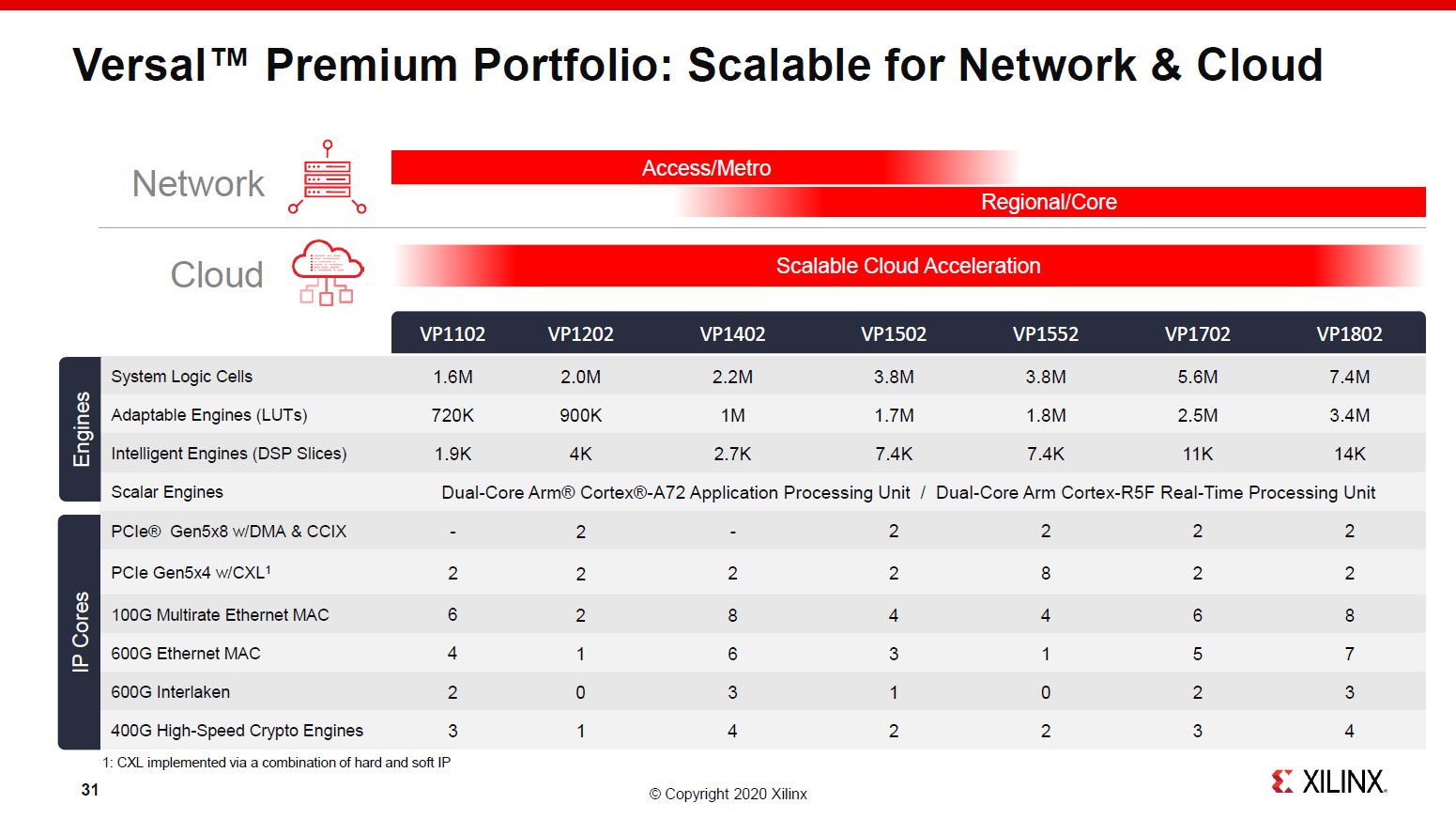 Customers can start now as documents and tools will be available in 2H 2020, the goal is to start prototyping with Versal Premium. Silicon is expected to ship in the first half of 2021. With 3X highest bandwidth including 9Tb/s serial bandwidth, 5Tb/s of integrated Ethernet throughput and 1.6Tb/s of line-rate encryption for a secure network, plus the two times compute density, Versal Premium looks like a perfectly adaptable accelerator for the future core networks.

Last modified on 11 March 2020
Rate this item
(0 votes)
Tagged under
More in this category: « Vatican AI conference was attended by coronavirus Boffins take steps to build self-emergent biohybrid machine »
back to top